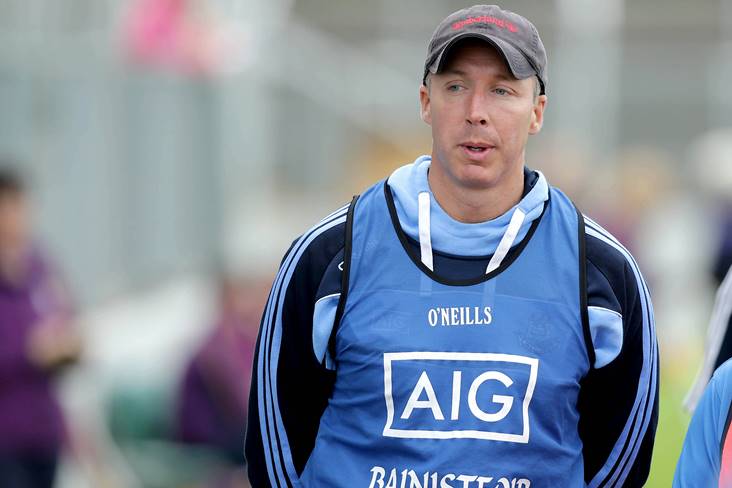 Shane O’Brien is set to be appointed as Westmeath’s new senior hurling manager.

The Dublin native will succeed Joe Quaid in the role should he be ratified by the Lake County’s clubs at next week’s meeting of the county board.

O’Brien was part of David Herity’s management team in Kildare which steered the Lilywhites to Christy Ring Cup success last year and also coached Dublin’s U21s to Leinster glory and an All-Ireland final appearance in 2011.

Westmeath GAA released the following on its website this evening to confirm the news:

“The Hurling committee appointed by the Westmeath County Board to recommend a new Senior Hurling manager will be putting forward Dublins Shane O’Brien for the position at this months county board meeting.

“Westmeath GAA, pending his appointment are delighted to have Shane O’Brien as the new Westmeath Senior Hurling Manager. This appointment is hugely exciting as a highly experienced and skilled backroom team is also in place. Paudie O’Neill is to take up a role as director of coaching, The Tipperary man is vastly experienced having worked as a coach under Eamonn O’Shea in Tipperary for 4 years. O’Neill has also had prominent coaching roles in Croke Park and has managed various Dublin underage teams and Ballyboden Senior hurlers for a number of years. The backroom team also sees former Galway dual star Alan Kerins take up a coaching and performance role. Kerins recently coached Gort to a Galway Senior Hurling Final and has won various minor titles coaching his club Clarinbridge. Kerins has the distinct achievement of having won All Ireland Club titles in both codes. Alan has also played in All Ireland Hurling Finals and has won An All Ireland Football Title in 2001. Brendan Murtagh will once again be a selector having served in last seasons managment team. O’Brien will be adding two more coach/selectors in the coming weeks one of which will be from Westmeath.

Westmeath Gaa are delighted to annouce that Shane O'Brien will be put forward as the next Westmeath Hurling Manager#WestmeathGaahttps://t.co/85fDtLtrWU

“Shane O’Briens appointment will be a populor choice having been involved with Westmeath last season. O’Brien has had nurmerous coaching roles including Kildare in 2018 winning the Christy Ring Cup and played prominent coaching role with Dublin U21 Hurlers in 2011 winning a Leinster title and contesting the All Ireland Final the same year. He has also managed Dublin Camogie Senior team who he helped develope into a competing senior team. More recently he has managed the Trinity College Hurling team making extraordinary progress from winning Ryan Cup three years ago to being strong contenders in last years Fitzgibbon Cup. O’Brien was also Joint Manager of Oulart the Balagh Wexford in 2017 aswell as managing the Dublin Collages hurling teams over a 5 year period.

“If ratified at next weeks County Board Meeting Shane O’Brien will take over from Joe Quaid and hopes to further develop our hurling team.”