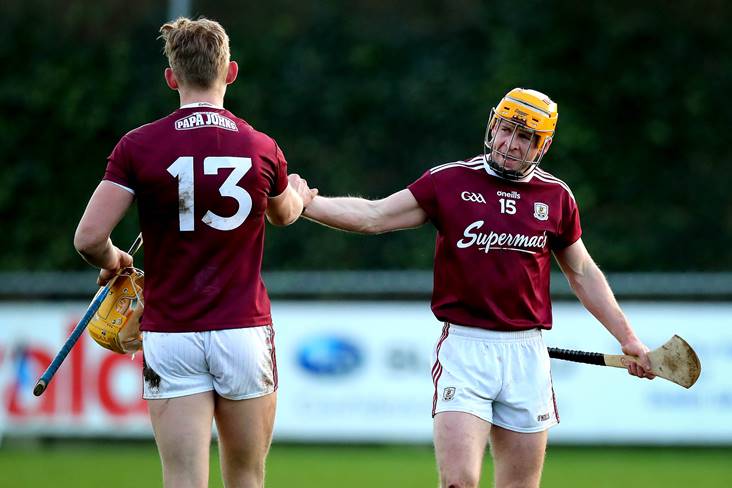 “It’s been a very enjoyable but very busy six or seven weeks, trying to organise everything. Everyone’s been absolutely superb so it was great to get out on the pitch.”

The Shane O’Neill era started with a 0-19 to 0-18 Walsh Cup semi-final win for Galway over Dublin in Parnell Park.

“It was a nice even contest. This time of the year, it was just about getting a game into the lads. It was a nice competitive game for both sides.”

Mattie Kenny was happy with the battling display produced by his Dublin players.

“It’s very early days. Things are going okay but if we’d lost people would be saying something completely different and they’d be asking questions again, so I’m not getting carried away. We need to build on this now.”

“Offaly should have been out of sight but we got a bit of life after their goal and the boys are gutted because they just want to continuously improve, but there’ll always be bumps on the road.”

Antrim boss Darren Gleeson will hope the Saffrons can bounce back in the league.

“Our focus is on Laois to be totally honest with you. I know that they'll be preparing hard for us and getting ready for us in Portlaoise.”

A Walsh Cup final against Galway won’t distract Davy Fitzgerald and Wexford from the more important business of their league opener.

“Michael has been part and parcel for so long, it’s strange for a lot of people not to see him here. That’s the way it works, life goes on.”

The long-serving Michael Dempsey was conspicious by his absence from Brian Cody's right hand side in Callan yesterday.

Cork had no answer to Limerick’s second-half blitz in Saturday evening’s Munster SHL final and John Kiely was pleased with his team’s performance.

“We’re obviously disappointed with how it finished. We thought we were in the game at half-time but we lost our way midway through the second-half.”

The Rebel County have work to do under Kieran Kingston.