Barrett has sympathy for Hogan 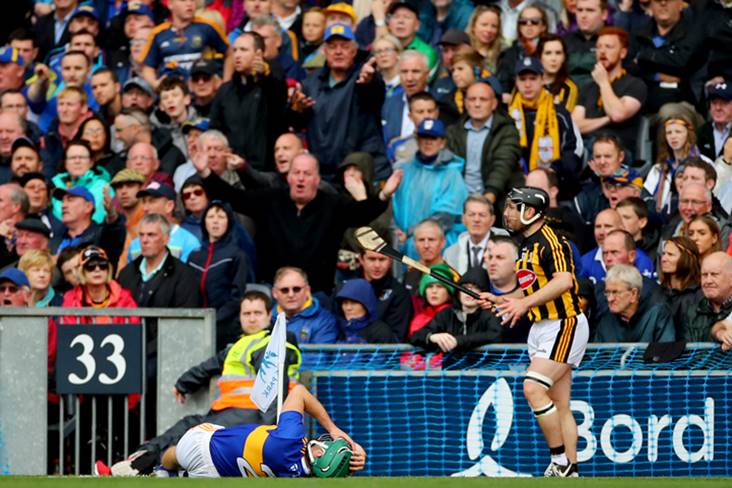 Hogan received a straight red card for a high challenge on the Tipperary defender in the 33rd minute. The decision had a huge bearing on the outcome as a ruthless Tipp put Kilkenny's 14 men to the sword in the second half.

"First and foremost, any man who steps on to the field deserves massive credit because the effort that lads put in, from Tipp, Kilkenny and every other county is unbelievable," Barrett told RTÉ's Marty Morrissey at the Burlington Clayton Hotel this morning, which hosted Tipperary's victory banquet.

"It's a full-time job playing hurling. It's very heartbreaking for someone to get sent off. It's not something I like to see myself. It's hard to know. It's a head-high tackle so it must be a red.

"I wouldn't have liked to see him go myself. It's the biggest day of the year. You're training nine months for it and it's kind of taken from you. It's not nice. It's disappointing for him."