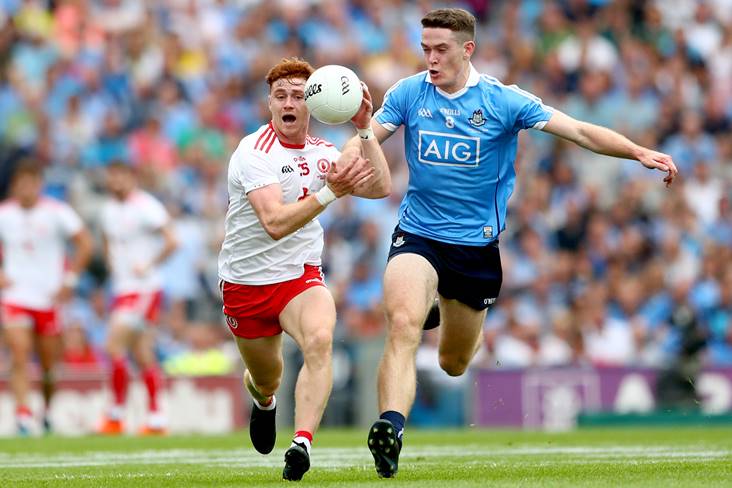 Conor Meyler reckons the perception of Tyrone having a defensive approach to the game is wide of the mark.

Some pundits this year viewed Mickey Harte’s men as having an attacking style in the early part of this past season before reverting back to what many felt was a defensive system.

However, speaking to The Irish News, Meyler argues that the Red Hands “played a lot of open football” during the 2019 campaign.

"I think sometimes the public perception is that they tarnish us with this brush that says Tyrone are defensive and all it takes is just one or two people in the media to do that and people latch onto it as fact without backing it up with any real evidence from what's actually going on in a particular game,” he said.

"I think we came out and played a lot of open football this year and some of our best assets are on the break. So why would you not use that? I watched the All-Ireland final and watched a lot of games this year where teams played 15 players behind the ball and nobody says anything about it, because people see what they want to see and sometimes hear what they want to hear.

"I saw Dublin, Kerry and Mayo all do it where they drop all their players and people still talk about what a great open and expansive game it was."