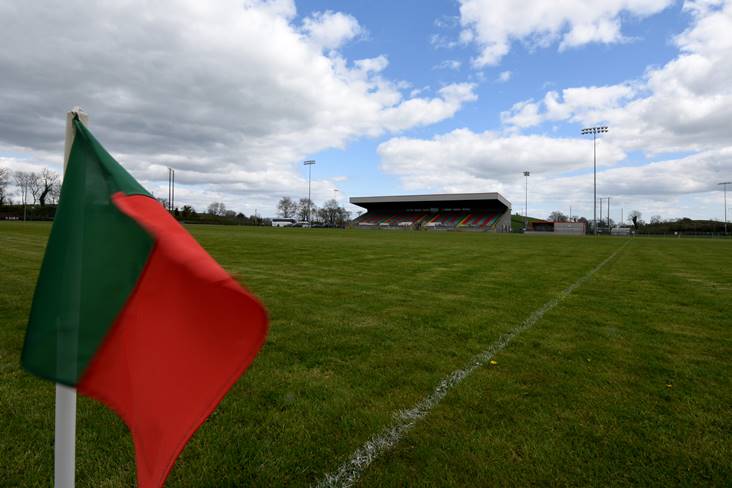 Magheracloone held off a late Forglen rally to record a 3-10 to 2-10 victory at Grattan Park in Inniskeen.

The Mitchells led by 2-6 to 0-7 at half-time and stretched their lead out to seven by the 42nd minute but a Mark McCormack penalty and Oisin Duffy's injury-time goal hauled the Derry champions back into the contest.

However, a couple of Tommy Freeman frees and a Padraig McMahon point helped settle Magheracloone while Foreglen had Liam O’Hara sent off on a straight red card deep into stoppage-time.

At Brewster Park, Glenn were let off the hook by Ruairi Corrigan's late penalty miss for Kinawley who were extremely wasteful throughout.

An early Patrick Brooks goal proved the difference as Glenn won by three in the end (1-6 to 0-6) to set up a match-up with Magheracloone.

In the other side of the draw, Galbally defeated Laragh United of Cavan but only by their skin of the teeth as the Pearses ran out one-point winners, 1-17 to 2-13.

Their last four opponents will be St Nauls after the Mountcharles side overcame Antrim's Aldergrove on a 2-10 to 1-10 scoreline at Corrigan Park.