Champions Knockmore off to a flyer in Mayo SFC 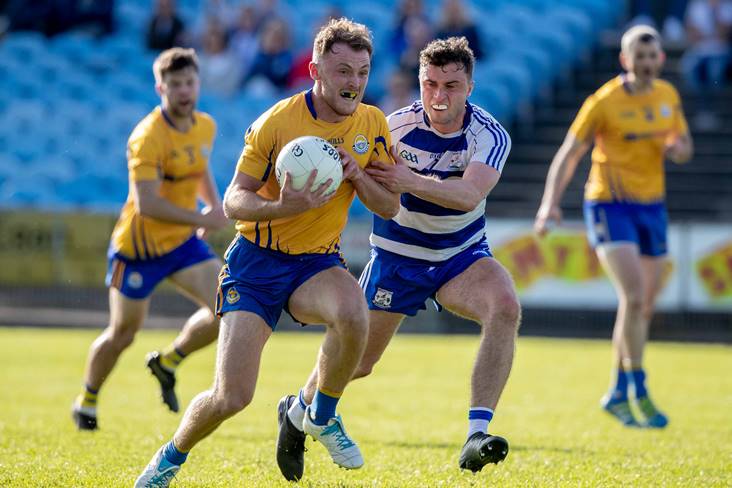 Knockmore got their Mayo senior football championship title defence off to a winning start yesterday after overcoming Aghamore on a 1-13 to 0-10 score-line.

Ray Dempsey’s charges made an electric start at St Joseph’s Park which would see them go on to take a commanding 1-10 to 0-4 lead at the break.

Aghamore would outscore the holders by 0-6 to 0-3 in the second-half but there was to be no upset on the cards as Knockmore picked up where they left off last year in this race for the Paddy Moclair Cup.

Elsewhere, Ballintubber made their goals count in a 3-13 to 1-10 victory over Ballina Stephenites on home turf.

Still minus the services of ace attacker Cillian O’Connor, the 2019 champions backed all three goals in a game which saw Ballina without Ger Cafferkey and Ciaran Tracey while Padraig O’Hora made an impact off the bench.

Claremorris had a point to spare over Davitts (2-11 to 0-16) on opening weekend while Castlebar Mitchels were 1-14 to 1-9 winners over Balla as they go in search of their first title since 2017 this autumn.