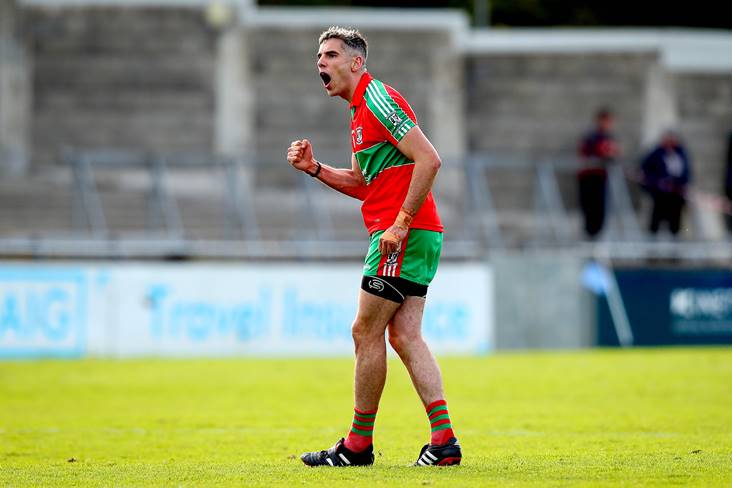 Reigning champions Ballymun Kickhams required a late, late free from Fiach Andrews to rescue a 1-12 to 0-15 draw against Skerries Harps in the Dublin SFC at Parnell Park this evening.

Minus All-Ireland winners Dean Rock, John Small, Philly McMahon and Evan Comerford, the 'Mun can count themselves lucky to have avoided defeat at the hands of the Harps who were inspired by corner-forward Stephen Smith.

The pacey Smith bagged four first-half points as the underdogs led by 0-9 to 0-6 at the interval before Cameron McCormack brought Ballymun back level with the game's only goal after the restart.

Their opponents could afford to spring Dublin forward Paddy Small from the bench, but Skerries continued to impress in the latter stages.

An Adam Fearon point in injury-time would have put them two ahead only for the Dublin U21 star to hit the crossbar with a goal attempt.

However, Andrews had the final say.

In the earlier throw-in in Donnycarney, Lucan Sarsfields held off a late rally by 14-man Round Towers of Lusk to record a one-point win, 1-12 to 1-11

Thomas Davis, who lost to Ballymun in the opening round, grinded out a 0-11 to 0-9 victory over Clontarf at O'Toole Park.

Raheny also got their campaign back on track at St Margaret's last night when seeing off Whitehall Colmcille by 3-14 to 3-9.

Ballyboden St Enda's and Na Fianna both enjoyed opening day victories and they meet at Parnell Park tomorrow, with St Vincent's up against Kilmacud Crokes beforehand.

O'Toole Park is the venue for the remaining two round 2 fixtures on Sunday involving Castleknock and Ballinteer St John's, and St Oliver Plunkett's Eoghan Ruadh and St Jude's.

Dublin SFC round 2 results and fixtures