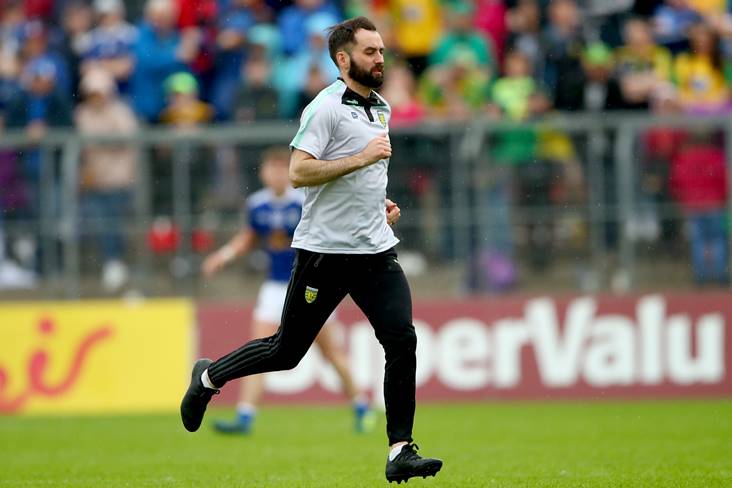 Karl Lacey has been named Head of Academy Development for Donegal GAA.

The 2012 Footballer of the Year comes into the new role three weeks after stepping down as selector in Declan Bonner's county senior football backroom team.

He will be working alongside Games Development Manager Aaron Kyles and Athletic Performance Consultant Dr Micheál Cahill as part of a new emerging talent programme.

"The aim is to nurture emerging talent in the county – directly with academy squads and indirectly by providing support to clubs," a Donegal GAA statement reads.

"This will be achieved by providing a holistic and progressive long-term player development programme to coincide with the GAA’s new Player Pathway Model for sustained results both on and off the field, across all levels of development in the county.

"While designed for academy squads a key feature of the player development programme is that it can be integrated by clubs into their coaching frameworks and planning strategies.

"County coaches will also liaise with clubs to upgrade their coaches, assist player development and to help with other objectives, such as minimising dropout."