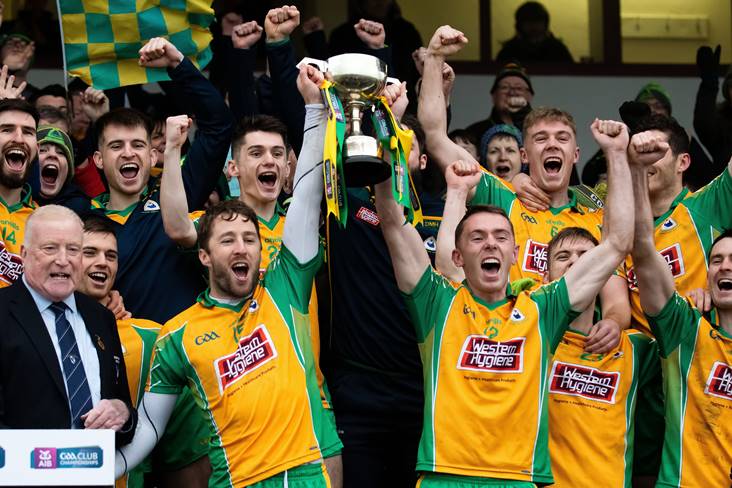 The All-Ireland club SFC semi-finals will take place on Saturday 4 January with the hurling semi-finals the following day.

Croke Park today confirmed the start times and venues for the four games.

All-Ireland football champions Corofin will put their title on the line against Nemo Rangers in Ennis at 1.30pm with the venue for the other semi-final dependent on the winners of the Leinster final. Kilkoo await the winners and could face Eiro Og in Parnell Park or Ballyboden St Endas in Kingspan Breffni.

In the hurling games Ballyhale will play Slaughtneil in Pairc Esler at 2pm while St Thomas face Borris-Ileigh in the Gaelic Grounds at 4pm.

All four matches will be televised live on TG4.