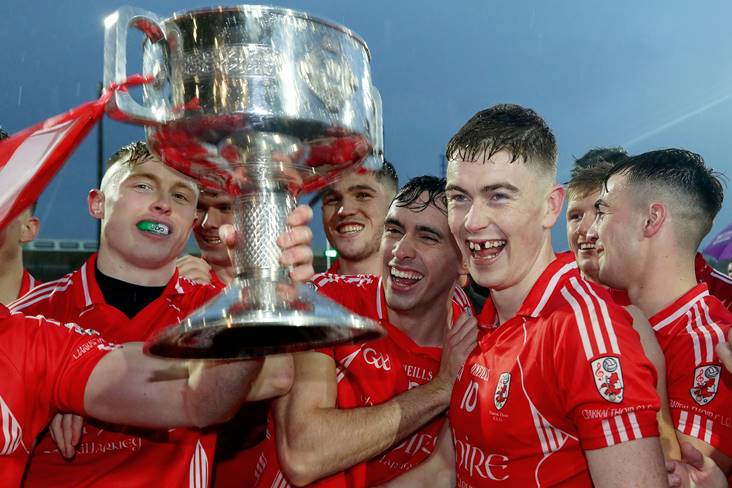 On this momentous County Final Day for East Kerry as a district & one week shy of the anniversary of his death Weeshie Fogarty will be smiling down on proceedings today. Winner of 4 County Championships with East Kerry, how he would be proud standing in the commentary box today.

Impressive stuff from Borris-lleigh just a week after winning the county title. Strong comeback from Glen Rovers though. #GAA https://t.co/1hB6koLd8A

Michael Mahony scored 4 points driving it on for Ballygunner! Patrickwell's key players Aaron Gillane and Cian Lynch didn't seem to get into the game at all which really helped Ballygunner's 8 point win and now face @Borris_GAA the Tipperary champions in the Munster-Final!

Don’t like building anyone up but David Clifford is just a joy to watch. The class, control & composure he has at 20 is incredible. #gaa

A sad day for Westmeath Hurling as Paul Greville one of greatest ever hurlers retires. #GAA @officialgaa https://t.co/DV0oZpF8Mq@RaharneyHurling @KillucanGFC pic.twitter.com/9qnMvh30Td

Such a glorious old school venue. Tuam Stadium is ready for the clash of Corofin and Ballintubber #GAA pic.twitter.com/f1bxBn1e7Q

6 point win for Eire Og over Sarsfields. It will take a good team to beat them in Leinster. A super panel of players!! Semi final here we come 💪🔴⚪ #eireog #sarsfields #gaa #leinstergaa

Frank McGlynn has announced his retirement from the @officialdonegal SeniorTeam.

Donegal LGFA would like to congratulate Frank on an outstanding playing career with Donegal. We all wish Frank, his wife Diane former ladies player & children all the best for the future. pic.twitter.com/57pPPl135z

A big roar from the St Thomas's crowd in Salthill as Fintan Burke enters the game. Remarkable story considering he tore his cruciate ligament on St Patricks Day #GAA

A massive thank you to everyone at @Carlow_GAA for the last 3years, players, management, supporters & most of all @TurloughCarlow a truly wonderful man! A hugely difficult decision to step away, it's been some journey! Full of wonderful memories, forever in my heart 🙌 ❤️ 💛 💚 pic.twitter.com/jpey3VgwyJ

AIB GAA and The Defence Forces battled it out today in very testing conditions!👀

A great contest but as we know goals win matches and AIB GAA netted 5!🔥🏐

Well done to both teams! 🙌🏽

Great win By Portlaoise today in the Leinster Football Championship. Never seen a penalty shootout before . A tough way for St Pats to lose but great excitement for Portlaoise the winners. @ Aughrim, Wicklow https://t.co/WNjwAJg2qC

Brilliant to have a name confirmed for the @Galway_GAA hurling job. Best of luck to Shane O'Neill. Really excited to see what twist he puts on this team and what names he introduces in the Walsh Cup and League. Exciting times. Backroom team to be confirmed #GAA #galwayhurling

Best wishes to Eoghan O'Gara who has announced his retirement from the Dublin Football team. A great servant to the jersey since his debut in 2008, he leaves with 7 All Ireland medals, 5 National League medals and 9 Leinster medals. Thanks for everything Eoghan. pic.twitter.com/TlfE5xzuNd