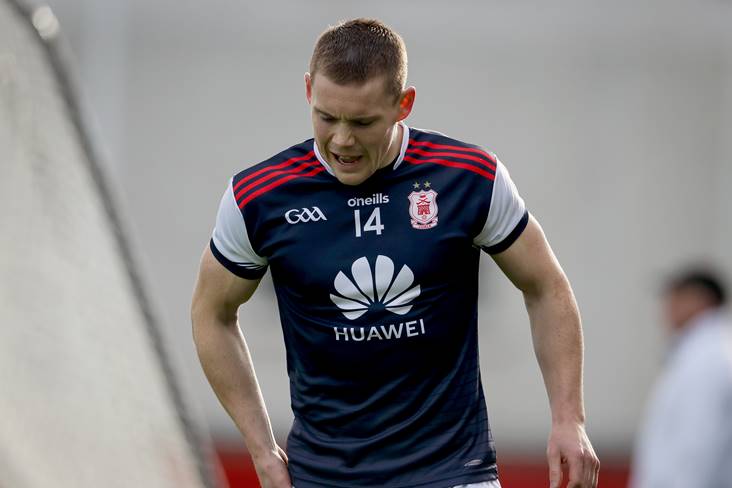 The dual star is a doubt for Cuala's Leinster club SHC quarter-final against St Mullins of Carlow in a fortnight's time after he was injured in the act of scoring a third-minute goal in his side's 1-18 to 1-14 victory at Parnell Park. Despite receiving medical treatment, O'Callaghan was unable to recover and limped off four minutes later.

Revealing that the 2019 Footballer of the Year nominee had suffered a "very bad dead leg", Maher expressed surprise that no action was taken against the Dublin netminder.

"He had struck the ball. He was in mid-air. And he was taken out," the Cuala boss fumed in the Irish Independent.