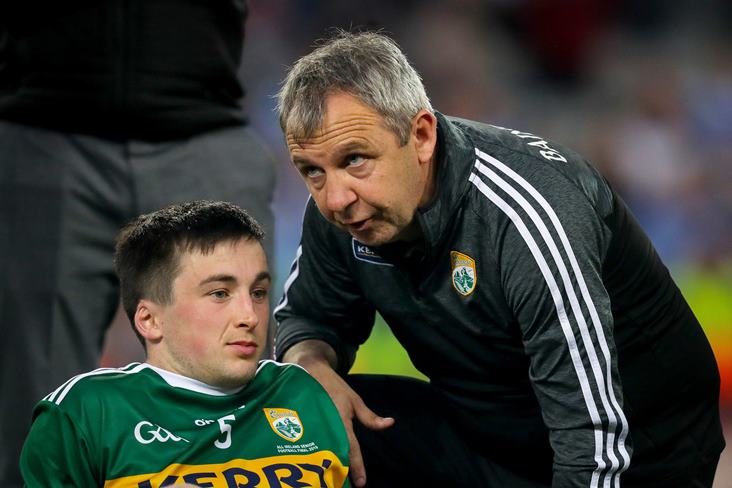 Kerry's Paul Murphy with manager Peter Keane after the game

Kerry manager Peter Keane has paid a glowing tribute to the county’s supporters in the aftermath of last weekend’s All-Ireland SFC final defeat to Dublin.

The Kingdom couldn’t stop Dublin’s ‘drive for five’ as the Dubs came out on top in the replay last Saturday.

Thousands of Kerry supporters travelled long distances to cheer on their team and Keane was appreciative of that following the game.

“They just really have been captivated by this team and I suppose the youth of them and of course these are young lads and they were going to make mistakes and mistakes will be made, but they were backing them in every which way they could.”