U21 B HC final: Title for Rathmolyon/Boardsmill 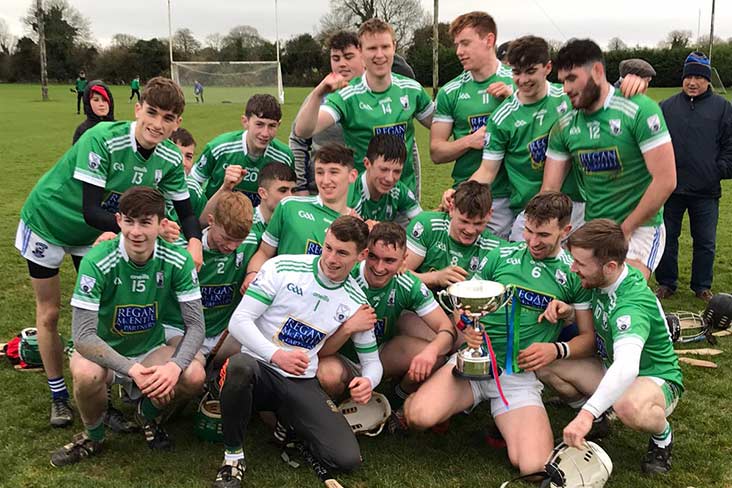 Rathmolyon/Boardsmill had five points to spare over Kilmessan/Drumree in the Under 21 B hurling championship final played in Baconstown.

Despite the recent wet weather, credit to Na Fianna who had the Baconstown pitch in excellent condition for the time of year.

Rathmolyon/Boardsmill led by the minimum with 10 minutes remaining in the first half on a scoreline of 0-04 to 0-03. For the remainder of the half Kilmessan/Drumree made use of a stiff breeze in their favour and reeled of the next 3 scores to lead 0-06 to 0-04 at the break.

The second half saw The Village and The Mill clubs really come into their own showing grit and determination to dig deep and never give up.

With 20 minutes gone the teams were tied at 8 points a piece. From here Kilmessan/Drumree didn't register another score and players like Danny Dixon & Vincent Ward really stepped up with some outstanding scores, which for the time of year were a joy to watch.

With 3 points in consecutive minutes and a fine effort from the sideline by Trevor Healy Rathmolyon/Boardsmill pulled away from their opponents to win by 0-13 to 0-08.

A special mention has to go to Simon Ennis who, in his captains speech remembered our friend Evan Brennan, a touching moment for all who were there from both clubs.