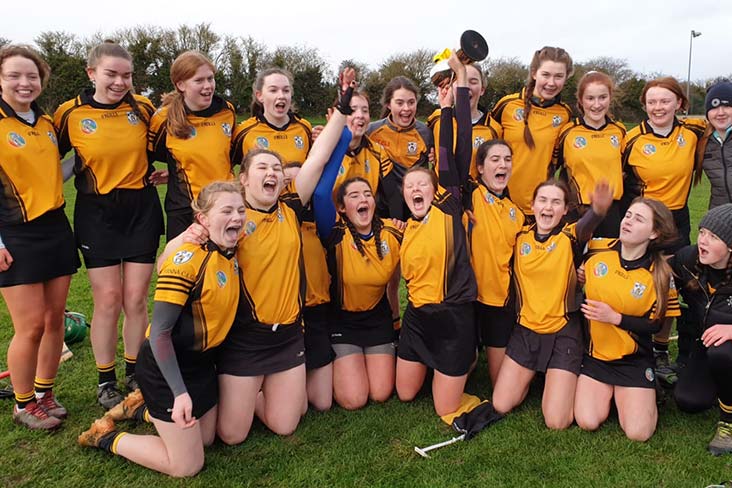 Starting several of their Senior panels on both sides and Na Fianna after claiming the Senior title from Kilmessan earlier in the year, it was going to be a competitive match for the cup.

Kilmessan having wind advantage, opened the scoring with a point in the first few minutes, this was quickly matched by a point from Na Fianna. The strong Na Fianna backline managed to keep the driving force of Kilmessan forwards under control, leaving only a point difference at half time.

Na Fianna opened the second half scoring with an all important goal, followed by a second one. Kilmessan fought back but with a confident Na Fianna pulling away and the wind against them, they couldn't claw back the score difference. Both teams never gave up until the bitter end and a  delighted Na Fianna team claimed the Div1 title when the final whistle went.

The score line certainly doesn't reflect how close the match was, and both teams should be commended for their performance in what was very challenging weather conditions.