Mayo SFC: Ballina spring a surprise on Breaffy while Ballintubber progress as expected 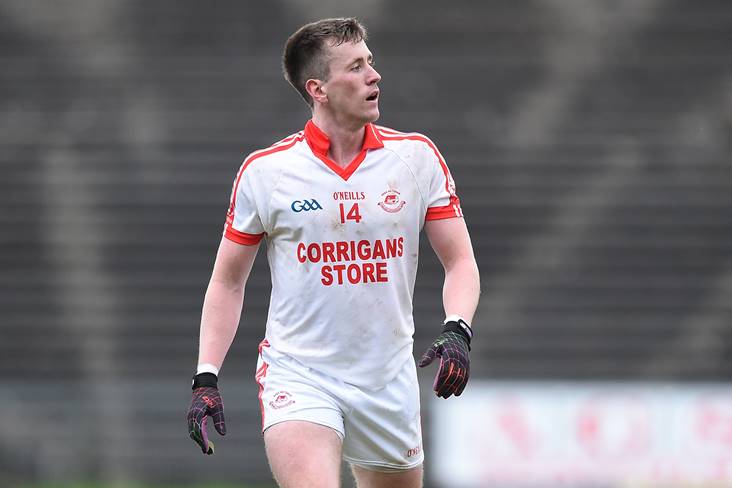 Simon Leonard’s 1-3 was key as Ballina Stephenites upset the odds in a quarter-final extra-time thriller against Breaffy at MacHale Park this evening.

A Sean Regan goal shortly after the interval had placed Ballina in the driving seat but they were caught on the line at the end of normal time.

They made no mistake in extra-time, however, thanks to Leonard’s haul which saw them emerge victorious on a scoreline of 2-13 to 0-14.

Earlier in the day holders Ballintubber safely negotiated the challenge of Belmullet by 1-12 to 1-8.

Meanwhile, Andy Moran was amongst the goals as Ballaghadereen defeated Davitts by 2-16 to 0-8.

Castlebar Mitchels and Knockmore will clash in the last of the quarter-finals tomorrow in MacHale Park (3pm).