Ladies team news: Cork opt for one change ahead of mouth-watering Dublin clash 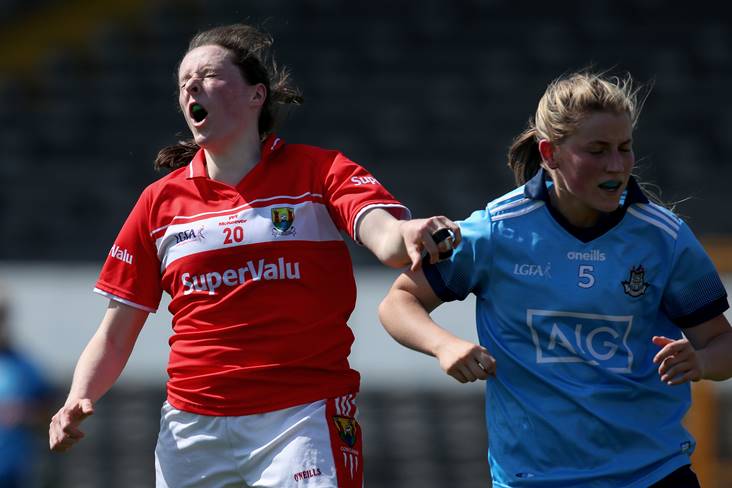 Áine O’Sullivan is handed a starting berth in the half-forward line for the clash with the three-in-a-row chasing Sky Blues, as the counties meet in the Championship for the first time since the 2018 Final at Croke Park, a fixture that attracted a record 50,141 attendance to Croke Park.

Captain Doireann O’Sullivan drops to the bench as Cork prepare to tackle an unchanged Dublin at GAA HQ.

For the very first time, the TG4 All-Ireland semi-finals will be played at Croke Park, and the scene is set for two titanic collisions.

Dublin and Cork have contested the four of the last five Finals – but now they’ll meet for a coveted spot in the showpiece decider back at Croke Park on Sunday, September 15.

Cork were impressive when dismantling Tyrone at the quarter-final stage, while Dublin also impressed in patches against Kerry in the last eight.

Cork skipper O'Sullivan, who struggled with injury earlier in the year, wasn't named to start either in the Tyrone game, but she did and scored 2-2, which might suggest that she could yet earn a late call-up.

The first game on Sunday’s double-bill is the Connacht derby between Galway and Mayo, (2pm, LIVE TG4) which will be the fourth competitive meeting between the sides in 2019.

Galway needed two bites of the cherry to see off an emerging Mayo in the Connacht Final, eventually winning out in a replay at the Gaelic Grounds, after the two sides fought out a classic draw at Elvery’s MacHale Park in Castlebar.

Mayo were beaten Finalists in 2017, and are looking to make it back to a first Final since then.

Galway haven’t reached a Final since 2005, when they lost out to a Cork team that was about to embark on a magnificent period of dominance.

The TG4 All-Ireland Junior semi-finals are also pencilled in for this weekend, with a double-header down for decision at St Tiernach’s Park, Clones.

Both of these games will be streamed LIVE on the LGFA’s Facebook Page https://bit.ly/2RZQNZd, as Louth take on Antrim (1pm) before Fermanagh tackle London (2.45pm).

Louth were beaten finalists in 2018, losing out to Limerick in the Croke Park decider, while Antrim are chasing a Final berth for the first time since 2016.

Fermanagh, the 2017 Champions, are hoping to make it back to a second Final in three years, with London, who fell at this hurdle against Limerick last year, chasing a first Final appearance since 2008.