'I absolutely love playing for the club' 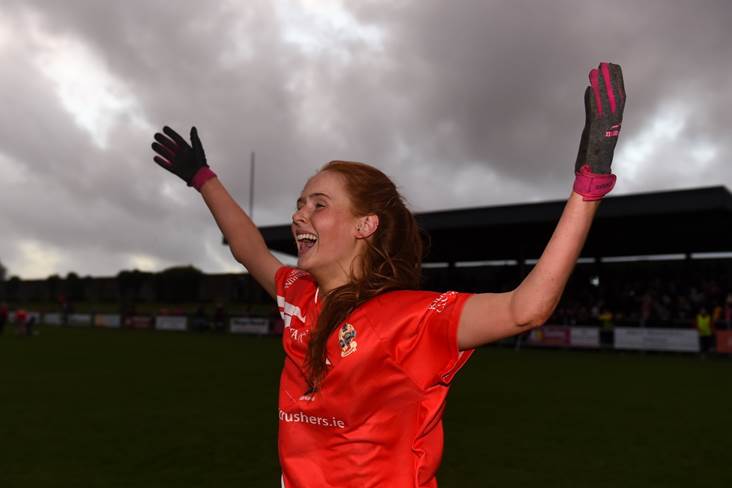 Winning back-to-back Connacht Senior Club Football medals would be a fitting way for Olivia Divilly and Kilkerrin/Clonberne to finish off 2019, but you get the impression she has ambitions for this season to continue for as long as possible.

Already the year has brought a fifth TG4 Connacht Senior Championship medal for Divilly with Galway, while she also played in the Lidl NFL Division 1 and TG4 All-Ireland Finals.

Divilly’s outstanding form has also earned her a crack at a place on the TG4 All Star team, when the list is announced on November 16.

Two weeks ago, Kilkerrin/Clonberne’s victory over Mayo champions Carnacon in the Connacht Senior Club Semi-Final was a significant moment in the club’s season.

They had already accounted for Claregalway in the Galway decider, while victory last time out saw them qualify for tomorrow’s (SUN) provincial final where Roscommon winners Kilbride await.

In Divilly’s eyes, playing alongside her best friends makes it such a sweet achievement.

“It’s great to be through to another Connacht final, and hopefully we can push on a bit this year,” said Divilly (23), who scored five points against Carnacon.

“I think this is the seventh year we have met Carnacon. Up to this point we have beaten them three times and they beat us three times too. It’s always very close with them. They’re an excellent team and it’s always one or two points either way. It’s a great rivalry.

“It has been a very busy year, but it’s always nice to come back to the club at the end of the season. We’re a very close bunch and we’re all childhood friends. I absolutely love playing for the club.”

It seems staggering that no Galway club since Galway Gaels in 1982 has claimed the All-Ireland Senior Club title. Only Ballinasloe club St Grellan’s came close in 1990 when they lost out to the great Ballymacarbry team that won seven in a row.

This time last year, Kilkerrin/Clonberne were readying themselves for a crack at the 2017 All-Ireland champions Carnacon in the Connacht Final, but after dethroning the champions, they faltered against Foxrock-Cabinteely in the last four, a tough defeat suffered on their own patch in Clonberne Sports Field.

Tomorrow, they face a stiff challenge from Kilbride in Enfield Co. Roscommon (2pm), a side that battled through a drawn final and extra-time in the replay before they finally bettered Clann na nGael to win their fourth Roscommon title in a row.

Kilbride will feature inter-county players Siobhan Tully, Rochelle Mullaney and Alice Kelly, and while the Mullaney-captained side will fancy a crack off their neighbours, the Galway champions are expected to be too experienced on the day.

Kilkerrin/Clonberne won the semi-final between the sides last year in comprehensive fashion but Divilly, who’s joined in the starting line-up by sister Siobhan, is not taking anything for granted though.

After making an impression in the Galway forward line that reached the All-Ireland final, Divilly, who works as an occupational therapist in Galway, was invited out to Australia to compete in an AFL trial, where her incredible natural fitness caught the eye. But as enjoyable as the week in Melbourne was, she was thrilled to be back in time for the club championship.

“I was only down there for a week, just to see what it was like and see if I’d enjoy it. It was a great experience, but it’s so nice to be home again too,” said Divilly, who has won U-14, U-16, minor and U-21 All-Irelands with Galway.

“It came about two or three weeks before I went, I got a phone call wondering if I’d be interested to come out for a week to see if I’d like it. It was very short notice but we worked around it.

“The game is quite similar in some ways, it is very athletic with lots of running. My ball skills aren’t great, but I have had a long year with a lot of training and my running ability would be seen as one of my strong points.

“I used to do a bit of running and cross country in school in Dunmore Community School, and the lots of training and running with the football seems to have paid off.

“But I am not really in a position to be going anywhere this year with work, club football and other commitments. Maybe next year or the year after I’ll look at it again, but for me club football is all I’m concentrating on now and the Connacht final. That’s the most important thing.”