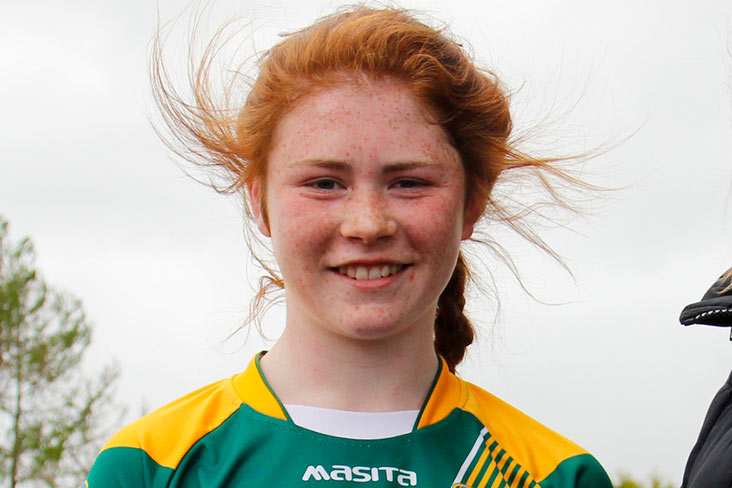 The Ladies Gaelic Football Association is pleased to confirm the 2019 winners of the Provincial Young Player of the Year awards.

The Connacht winner is Galway’s Ellen Power, while Ciara Smyth from Meath has scooped the Leinster award.

In Munster, Cork’s Eimear O’Donovan is the 2019 recipient while Cavan’s Saoirse Kiernan is the Ulster winner.

Ellen Power, from the Moycullen club, sparkled at midfield and won the Player of the Match award in July, when Galway defeated Meath to claim a third successive All-Ireland U16 A title.

A former county and provincial club championship winner with the Moycullen Ladies, Ellen was also a member of the Galway side that won the Connacht and All-Ireland U14 A titles in 2017.

Ellen’s U16 A successes with her county in 2019 made it two-in-a-row for this talented young player, who featured off the bench in the 2018 All-Ireland U16 A Final victory over Kerry.

Ciara Smyth, from the Skryne club in county Meath, was a deserved Player of the Match award winner when the Royal County defeated Dublin to win the Leinster U16 A title in April.

Joint-winner of the 2018 LGFA John West Féile Peile na nÓg skill stars competition, Ciara was previously Meath’s Player of the Year in the U12 and U14 grades.

A Leinster Schools Final medallist in 2017, 2018 and 2019, Ciara also won the Player of the Match award with Skryne in the 2019 Senior Ladies Masita Cup Final.

Eimear O’Donovan hails from the Éire Óg club in Cork, and she was a key player for the Rebel County as they landed the 2019 Munster U16 A title.

Eimear was a real driving force from the middle of the field, and the 2014 and 2015 Sciath na Scol champion is also the proud holder of an U12 county championship medal, as well as being an U16 Mid Cork championship winner.

From the Ballymachugh club, Saoirse Kieran enjoyed a brilliant year for Cavan, captaining the Breffni girls to the Ulster U16 A title.

Saoirse is also the proud holder of two Ulster U14 A medals, and she was joint-captain when the Sheelin Girls Community Games team were crowned All-Ireland champions in 2017.

All four players will receive their awards at the TG4 All Star awards banquet, in association with Lidl, to be held at the Citywest Hotel on Saturday, November 16.