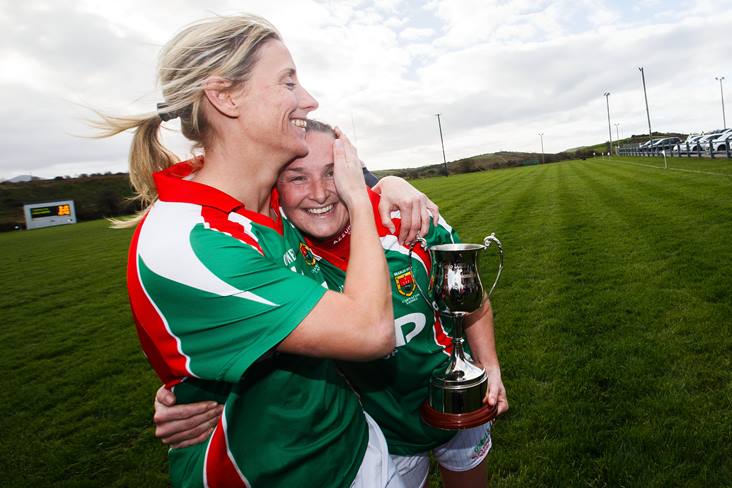 Carnacon's Cora Staunton and Michelle McGing after the game

Cora Staunton returned from injury to help Carnacon to an astonishing 21-in-a-row of Mayo ladies senior football titles this afternoon.

The Mayo legend, who suffered a double-leg break during an Aussie Rules match for UNSW-ES Bulldogs in May, came off the bench in the second half and scored a point with her first kick as Carnacon coasted to a 3-11 to 0-8 victory over Moy Davitts in Swinford.

Erina Flannery's early goal gave the 2017 All-Ireland club champions the perfect start and it was all over bar the shouting when Aoife Brennan netted twice either side of the break.