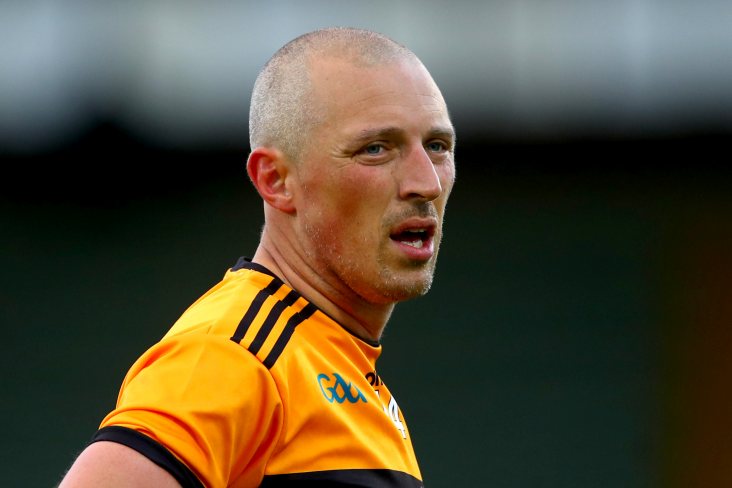 Kieran Donaghy in the colours of Austin Stacks

The last four clash in Tralee went to penalties and it was veteran Donaghy that netted the decisive spot kick in the end to send Stacks through to a first decider in seven years.

Speaking to RTE Sport afterwards, the four-time All-Ireland winner said he had the easy one to take compared to his other team mates.

“We did (practice them),” he said. “Tommy Naughton and the boys put us through our paces. I actually missed the one in the last training session, which I got a good bit of slagging from the boys.

“But I scored against Rathmore in the league final in the last one a few years ago. So I’m two from two in penalty shootouts. I wouldn’t be backing myself overly but thankfully it went in.

“That’s the easy one to take. If they’d scored and I had to score to keep us alive, that’s a much higher pressure kick. Michael O’Gara, Michael O’Donnell, Sean Quilter, in fairness to the boys, they put their penalties away. Adam Curran, young kid, 19 years of age, stepping up in a county semi-final to do that.

“Tremendous character by the boys and they gave me the hero kick at the end, and that was the easiest one to put away.”

Class is permanent as Kieran Donaghy secures a penalty shoot-out win for Austin Stacks in their Kerry SFC semi-final against St Brendan's. pic.twitter.com/PMAf2Q1oNy