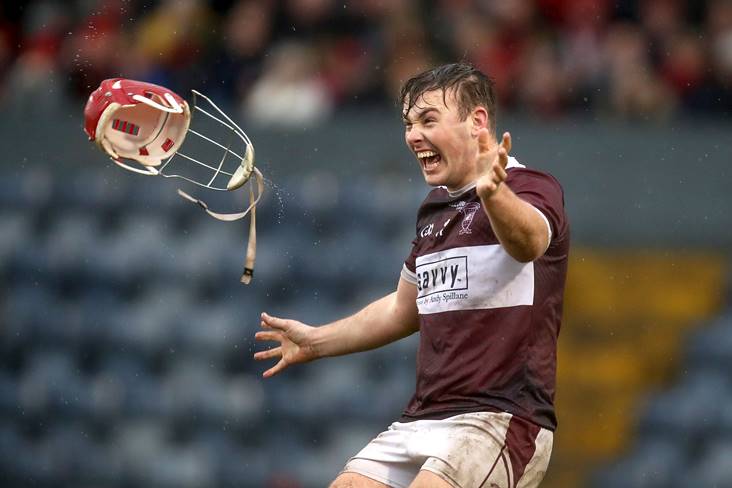 What an achievement by @Borris_GAA today....belief in themselves backed up by a desire and a hunger to win for everyone in their parish, hard work and of course The King 👑 @BrenMaher8. Cometh the hour, cometh the man...enjoy the celebrations one and all 👍🏻

Brendan Maher . What a performance. 👏🏼 https://t.co/8ndPpj4QYD

Exciting game of hurling, imagine these club games being played in the midst of the summer & not in the mud & gutters.

All about the team! Great goal! https://t.co/1Wl5EoUbXc

Some game of football that was. Fair play to both teams, think Mourneabbey just about deserved it. #LGFAClub

Super stuff from our neighbours https://t.co/aS9UaZI0Nt

Colm Callanan calls time on his intercounty career with @Galway_GAA

An honour to have shared the field with this fella. Always done the business for Galway and made it look so easy! Would 100% recommend going for a pint with him too #🐐 https://t.co/YKIkDsZfCi

So that’s it the main man @dessiedolan has finally hung up his boots and what a career he has had! The true professional on and off the field , was truly an honour to play with one of the greatest to ever lace a pair of boots enjoy your retirement pal.😜 #Gaa #Westmeathgaa pic.twitter.com/5x0kQVt7qr

That’s me trying to convince him he was only a young fella and to do another season, he wasn’t having it though. What a baller 💯 @dessiedolan https://t.co/OT0ZMnPcIN

Absolute codswallop to suggest there is a Dublin bias in the @gaelicplayers....

Best of luck to @Davyb11 in his new role with @wicklowgaa. Brilliant coach and man manager who has a great future ahead. Thanks for a most enjoyable year. @SashGAA #sash25 #countychampions pic.twitter.com/NyCY0Zv82R