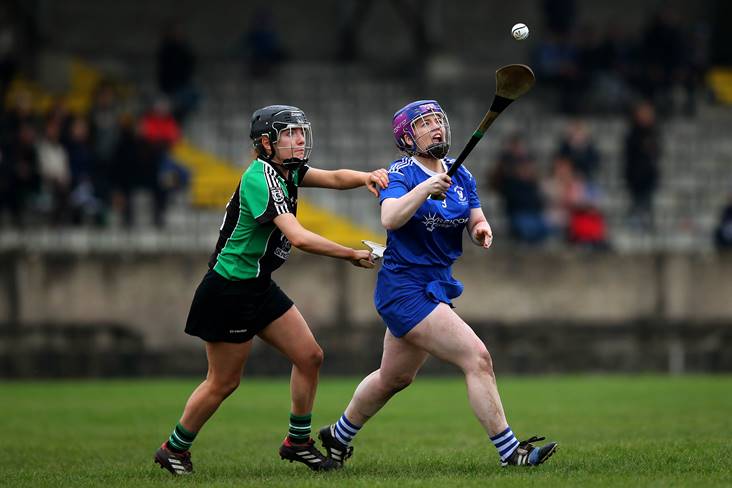 When Pamela Greville fired over a free in the first minute of stoppage time, it gave Raharney their first lead since the seventh minute of the game.

It looked as if the Kerry club had missed their chance when midfielder Laura Collins hooked a shot wide and then Raharney regained possession in the fourth minute of stoppage time, but Fitzell was able to block the clearance, scoop up the loose ball and fire it over from 50 metres out.

“Jessica always does that in training, she’ll make the block and keep running on” said Enright.

“She was in the perfect position and I knew it was the right girl in the right place. Jessica doesn’t panic, she looked at the black spot on the crossbar and she put it right over it.”

Clanmaurice had dominated the first half, responding to Elaine Finn’s goal after 30 seconds by firing over seven points without replay. Raharney didn’t score a point, shoot a wide or drop a shot short for the rest of the first half, their only other chance a Pamela Greville penalty that was brilliantly saved by Aoife Fitzgerald.

Raharney manager Padraic Connaughton had his work cut out at half-time, but a couple of switches and a complete change of mindset transformed his team.

“I think they were more physical than us, I think they brought the game to us and we were reacting to a lot of ball” was Connaughton’s summary.

“They won midfield, but they didn’t win midfield in the second half. They’re a big, physical, mobile team but we played into their hands as well with a lot of high ball. We looked at that at half-time and I think when we ran at them in the second half we squeezed them a lot, and they suffered because of that.”

A goal from Erin Core tied up the teams at 2-2 to 0-8 after six minutes of the second half, then a long-range free from Patrice Diggin went all the way to the Raharney net. The Leinster champions rallied however to draw level, before the sides traded scores in an enthralling four minutes of stoppage time.

“I think the experience of playing Clanmaurice will stand to us because we now know what we’re up against, it was always about the unknown. We were looking at them in Croke Park, we were looking at them on paper, but until you physically play a team, you don’t get used to their nuances and habits. Now we know what they are and we’ll plan for that” said Connaughton.

Enright’s hope is that Clanmaurice, who also represent Kerry en masse on the intercounty scene, will have enough energy left for one more big performance.

“What I am a little bit worried about is that our girls have been on the go since last January with Kerry. A little bit of tiredness and staleness is setting into the team at this stage. Raharney are possibly looking like the fresher team going into the replay.”

“A lot of their girls wouldn’t be involved with the county and that little bit of freshness and sharpness is important. Our girls have been on the go now since last January with no break whatsoever and that can take its toll on a team. I’m hoping to get one more performance out of them” he said.