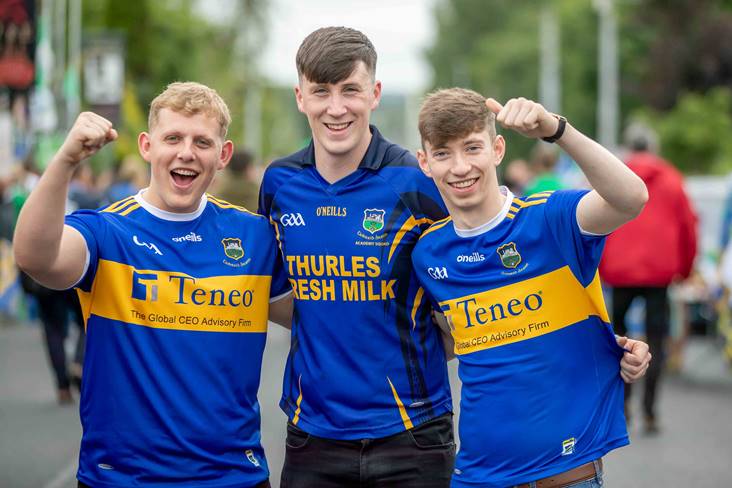 Aaron Dempsey, Aaron Tobin and Jamie Grant from Clonmel arrive at the Gaelic Grounds ahead of the Munster SHC final

The times, dates and venues for next year's Munster senior, U20 and minor championship games were finalised last night.

All-Ireland hurling champions Tipperary will open their Munster SHC campaign against Waterford at Walsh Park on Sunday, May 10, with Cork and holders Limerick also facing off at Pairc Ui Chaoimh on the same day. The top two sides in the round-robin series will meet in the Munster SHC final on June 28.

The Munster SFC gets underway on Saturday, May 9 with the quarter-finals between Waterford and Limerick in Dungarvan and Tipperary and Clare in Semple Stadium. The standout fixture is the semi-final meeting of champions Kerry and Cork in the semi-final on May 24 at Pairc Ui Chaoimh.

The Munster SFC final will take place on June 21.

For full details of all the 2020 Munster senior, U20 and minor championship fixtures, as well as the pre-season Munster SHL and McGrath Cup ties, log on to www.munstergaa.ie