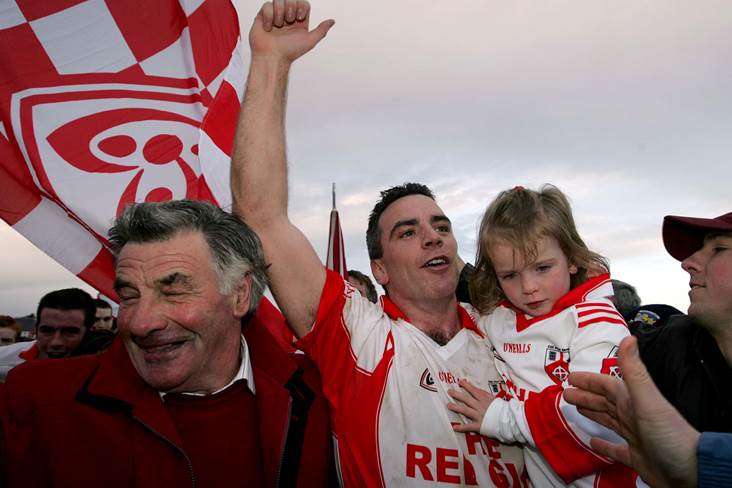 There aren't too many inter-county managers playing for their clubs nowadays but newly appointed Galway senior football boss Padraig Joyce is still winning medals with his beloved Killererin...

Congrats to all the award winners at last nights @LadiesFootball All Stars. And to the Player of the Year award winners: Siobhan McGrath (Senior), Aishling Moloney (Inter) & Eimear Smyth (Junior). Well deserved recognition for their outstanding performances 💫 pic.twitter.com/eCZQrodMbf

Has there ever been as good a second half performance in club championship than James Doyle from St Mullins?

Templenoe would of put up a better challenge to Nemo than Stacks. Be interesting to see if Kerry change the rules on club participation in Munster if a division wins the championship. pic.twitter.com/VoaigdyqtL

''There's nothing else you do in Kilcoo except play football, go to mass, and have a few sheep'' Brilliant 😂 Congrats @KilcooGAC 👏 @UlsterGAA #GAA pic.twitter.com/PYXEEmRkhc

Is TJ Reid the best hurler of all time ? Scored enough today to beat a good Martins team on his own and he has won everything in the game he can possibly win. Not sure if any other player has ever had the influence he has for both club and county..

Carnmore minor hurling keeper Torin Finnerty is embraced by Dylan McLoughlin, a member of the management team, after they won there first ever County Minor A hurling championship in Salthill. #galwayhurling #GAA @TribesmenGAA @CarnmoreGaa pic.twitter.com/goXXIQPnU6

Great news today. Rory has being giving the all clear and is now cancer free. It’s been a long hard road for him with alot of bumps along the way. No better man #supportingrory 🇮🇪 pic.twitter.com/owv8oi2kHX

Unbelievable from Tooreen. Arguably a bigger achievement than two years ago, as this proves they can mix it with the best and that it wasn’t a once off. Now to win the All Ireland! https://t.co/XjyFsifCLD