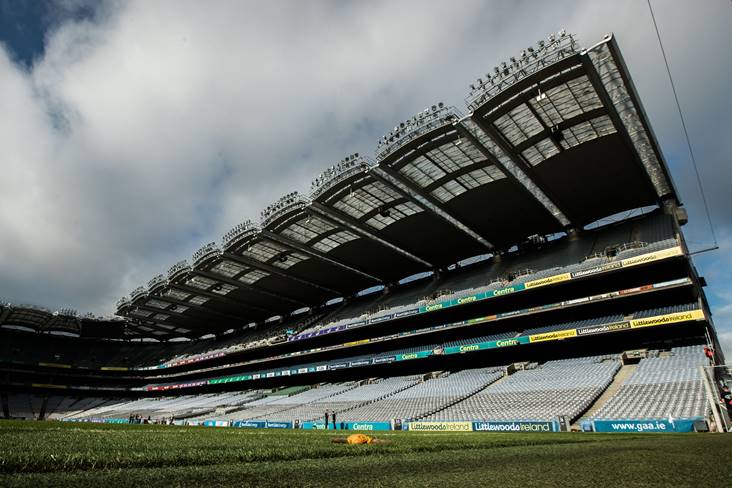 A view of the Hogan Stand in Croke Park before the All-Ireland SFC final between Dublin and Tyrone. ©INPHO/James Crombie.

In total, 1.772 children from clubs across the country graced the Croke Park pitch for a half hour training session run by GAA Hurling Development Officer Martin Fogarty.

A Guinness World Record adjudicator confirmed that the record had been broken as 40 clubs were represented at the event from all over the country.

The event was to mark the 20th anniversary of the GAA Museum in Croke Park and Museum Director Niamh McCoy told the Nenagh Guardian that they were delighted to break the record.

“We are truly delighted to be Official Guinness World Record holders and our World Record Certificate will be proudly displayed here in the museum. A huge amount of work went into this magical event and we’d like to thank all our Croke Park colleagues including our Operations Team, Community & Health and Games Development Departments, pitch team, matchday stewards and our catering partners Aramark who all helped us smash the record.

“The most amazing part of the night was the sight of children wearing their club jerseys and representing all four provinces running onto the pitch under floodlights. We hope they all enjoyed the evening and made some special memories here at Croke Park. It was the perfect way to complete our 20th birthday celebrations and we’d like to sincerely thank all the clubs for making the effort to join us and become record breakers.”