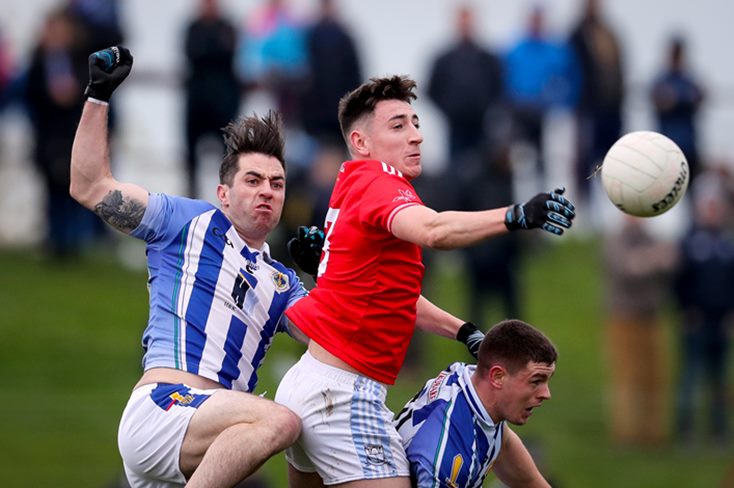 Colm Basquel was on target with 1-4 as Ballyboden St Enda’s advanced to a semi-final encounter with Garrycastle thanks to a nine-point victory over Newtown Blues.

The Gaelic Grounds scoreboard read 1-11 to 0-5 in favour of Anthony Rainbow’s side when referee David Coldrick brought today’s last eight encounter to an end.

It was a below-par performance by Rainbow’s team’s usual high standards but they can point to the dismissal of corner-back Cathal Flaherty following an off-the-ball incident just before half-time as a mitigating factor.

The teams were level on 0-3 apiece at the change of ends and the third quarter followed a similar pattern before ‘Boden put their stamp on proceedings.

Michael Darragh Macauley was fouled for a penalty which Ryan Basquel elected to put over the bar before younger brother Colm found the back of the Blues’ net.