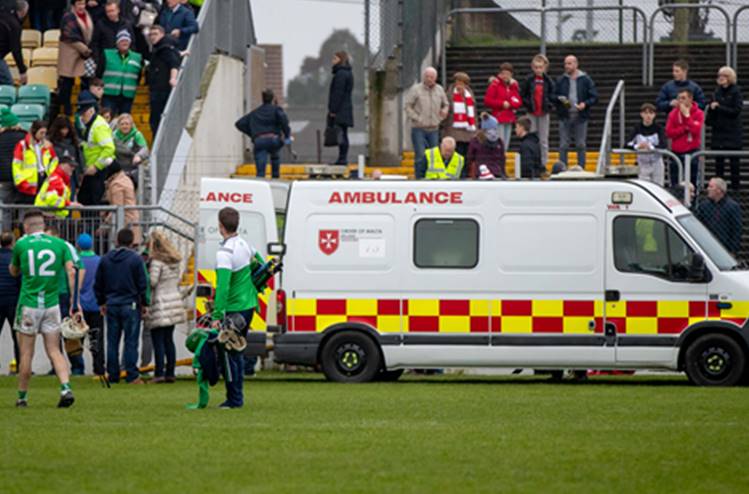 St Mullins selector Michael Ryan is believed to be recovering after taking ill in the stands during the Carlow champions’ shock Leinster club SHC quarter-final win over Cuala earlier today.

The Irish Independent reports this evening that “swift action by medical personnel” at Netwatch Cullen Park helped to save Mr Ryan’s life after suffering what appeared to be a heart attack.

He was cared for by medics in an ambulance which stayed on the field for close to an hour after the game had ended.

St Mullins knocked out the two-time All-Ireland champions with a late 2-13 to 0-18 victory, sealing their semi-final date against Rathdowney-Errill of Laois next Sunday week.

All in St Mullins GAA Club we would like to sincerely thank you for all your efforts today. It's is genuinely appreciated. Special thanks to your wonderful @CualaCLG supporter Dr. Niamh Murphy. Micheal is doing well due in no small part to your assistance. Míle Buíochas.