Down not expecting to face sanctions after Newry gathering 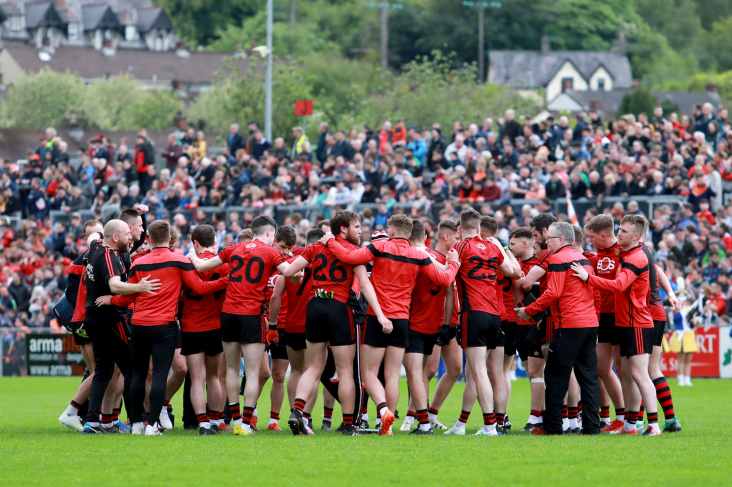 Down GAA say they have notified Croke Park of the development

Down GAA say they do not expect to face any sanctions after a number of their senior footballers gathered in Newry last Tuesday.

Elite status allows Down and other counties to train amid Northern Ireland's current lockdown, but the GAA has put a ban on all collective training until February 1 at the earliest.

BBC Sport NI reports that the PSNI looked into the gathering at Abbey Christian Brothers' Grammar School and were "fully satisfied there was no issue".

Down county board chairman Jack Devaney also confirmed that they have notified Croke Park of the development.

"Some of our squad members did gather for approximately 40 minutes at Abbey CBS college on Tuesday evening to discuss individual training programmes," said Devaney.

"Down GAA has notified Croke Park of the development. We were clear that we were not doing any collective training and indeed haven't trained as a group since mid-November.

"We anticipate that no sanctions will arise from this. Approximately 18 attended, and in line with protocols were split into two groups; many were new to the squad and received induction packages and individual programmes until inter-county training resumes."

Sliotar from "thunder and lightning" All-Ireland final sells at auction

Connolly wants to see Jack back in Dublin jersey