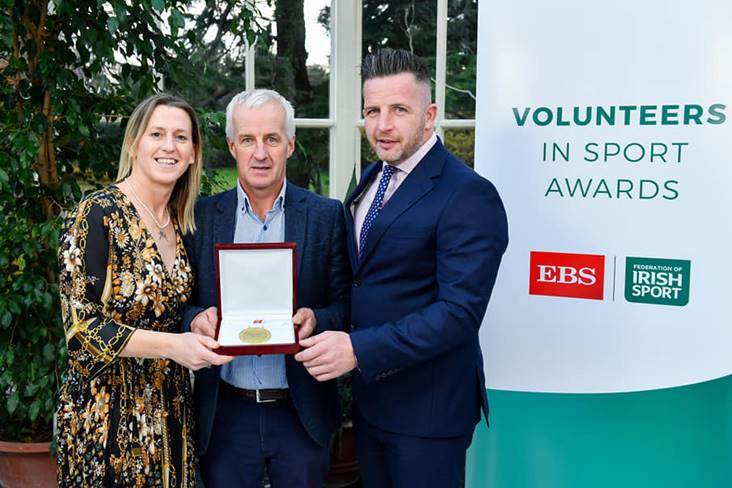 Long serving St Paul’s Clonmellon clubman Eugene Dolan was one of ten GAA volunteers honoured at the Volunteer in Sport awards this week.

The awards ceremony which were hosted by the Federation of Sport in partnership with the EBS was held in Farmleigh House, Dublin.

Eugene has held every position in the club from player to manager, groundsman, chairman and currently president.

His successes on the pitch include two IFC medals and one JFC, while he managed the team to their last junior football success in 1999.

When someone mentions St Paul’s, there is an instant link to Eugene who also lined out for Westmeath senior footballers and has been involved in county management teams as well.

If ever a clubman was deserving of this award, it would certainly be Eugene who has dedicated many hours to looking after various teams, more recently, the ladies section of the club.

The Awards celebrate the 450,000 volunteers contributing to sport in clubs and communities across Ireland which equates to approximately 37.3 million hours of volunteering across Ireland’s 14,000 registered sports clubs and associations.

Members of the public, sports clubs and governing bodies were invited to nominate an individual whose contributions to sport has made a real difference to their community, club or county.

And Eugene was chosen in Westmeath as other counties represented were Antrim, Armagh, Carlow, Cavan, Clare, Cork, Longford, Sligo and Tipperary.