"There is a place for everybody" - Brian Cuthbert 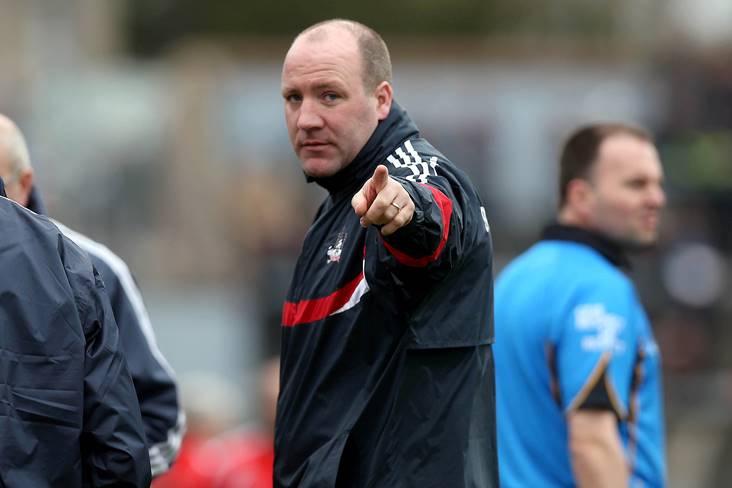 Brian Cuthbert during his time as Cork senior football manager

Speaking to GAA.ie at the launch of the GAA Talent Academy and Player Development report yesterday, Cuthbert – who was a member of the Review Committee which was chaired by Michael Dempsey - pointed out: “One of the biggest issues we would have discovered is that all of the (inter-county) academies, bar none really, drive an elite message, ‘You are now in the squad, we are going after an All-Ireland final under-14, we are going after winning something big here, you must act this way because you are now an inter county player'.

“And we don’t have the wherewithal in the organisation to actually back that up. If we are a professional sport in another world we might be able to say that, that we are picking a talent stream of players that maybe we could sell or commodify, or maybe use in some way, shape or form in the future.

“But this is the GAA, at 13 and 14 and 15 years of age, we feel very, very strongly that elite messaging is inappropriate.

“We're firm believers that if we don't start really, really examining where we're at and draw a line in the sand then our values and the very culture and DNA of the Irish people and their clubs are going to suffer hugely.

“That's what this report is trying to drive home. The report is absolutely adamant that there's a place for everybody.

“Yes, there are going to be talented boys who need to be looked after, but, most importantly, only 1 per cent ever get to the very top.

“With our vision, initiative, and commitment that we have provided in this report, it's very, very simple and can be summarised in this sentence – ‘As many as possible, for as long as possible, in the best environment possible’.”