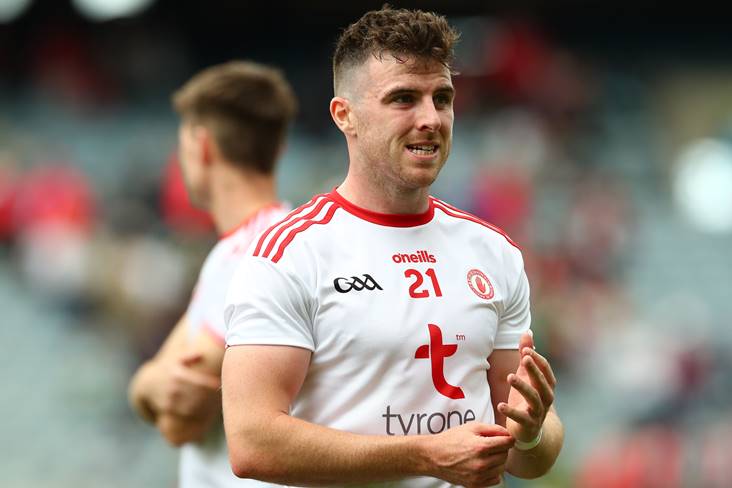 Tyrone manager Mickey Harte will have to plan without Connor McAliskey next year after the Clonoe attacker announced that he's taking a break from inter-county football.

McAliskey was the scoring star of the Red Hands' run to last year's All-Ireland SFC final, but started just one championship match this year, which was the meaningless Super 8s clash against Dublin in Omagh. The news comes after it was confirmed that midfielder Mattie Donnelly has been ruled out for six months with a hamstring injury.

"It's a personal decision for me," McAliskey told the Irish News.

"It has been a tough couple of years for me both in terms of injuries and personally, and I just feel the time is right to take a step back and be selfish and put myself first."

Mickey Harte, meanwhile, doesn't think it's the last we'll see of the 28-year-old in a Tyrone jersey.

"That's just the choice that he has made. He doesn't feel that he's ready to commit for this particular year. I don't think it's a retirement as such, it's just a break," he said.