"They haven't won one because, in the end, they don't trust each other" 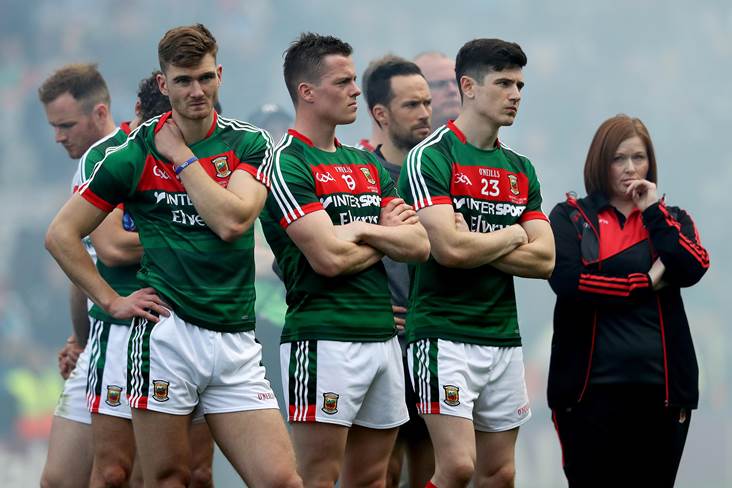 Mayo’s All-Ireland SFC title misses of recent years are down to the group not trusting each other, according to Joe Brolly.

In some fresh criticism of the Westerners, Brolly reiterated his belief to the Irish Daily Star newspaper that there is a culture problem inside the Mayo dressing room and once again pointed to the 2016 player heave which saw the management departure of Pat Holmes and Noel Connelly.

"The truth is the truth. The truth is that a group of Mayo players conspired - and it was a huge shock in Mayo at the time - against two of their own, Pat Holmes and Noel Connelly,” Brolly stated.

"Noel and Pat tried to change the culture of the group from one of entitlement and individuality."

The Derry man added: "Mayo have had more chances than anyone else to win an All-Ireland. They haven't won one because, in the end, they don't trust each other because it's not a group of equals.

"There's all this guff that follows them around. Standing ovations...it's the celebration of mediocrity.

"I can understand how that seems harsh on Mayo supporters. Many of them know the truth, though, the truth of what happened to Pat Holmes and Noel Connelly."