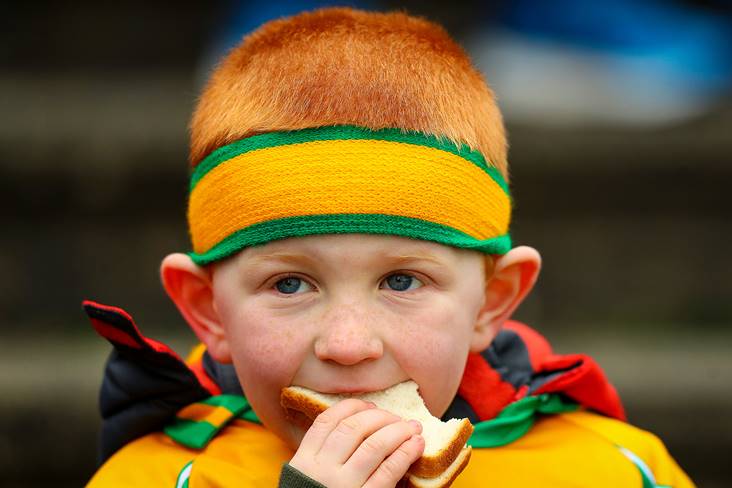 Club weekends don't get much bigger than this one coming up.

Sunday is the busiest day of the season on the county final front with eighteen on the schedule across all four provinces - many of them high-profile fixtures. Add in two more on Saturday.

Back-to-back All-Ireland champions Corofin will be bidding for a remarkable seventh successive Galway SFC title at Tuam Stadium, where they face the local Stars.

Clontribret are looking to steer Scotstown's 'drive for five' off course in Monaghan while Ballymacnab and Crossmaglen cross swords in the Armagh SFC final once again.

Naomh Conaill will be keen to avoid their third successive Donegal SFC final defeat when they face holders Gaoth Dobhair in a repeat of last year's decider at MacCumhaill Park (live, TG4).

In Kildare, there will be an eight all-Newbridge SFC final in nineteen years as fierce rivals Moorefield and Sarsfields prepare to do battle.

Slaughtneil slayers Watty Grahams are set to contest their first-ever Derry SFC final, against a Magherafelt side who are appearing in their first in 36 years.

The Waterford SFC final is between Ballinacourty and Rathgormack after the latter reached their first Conway Cup showpiece in 19 years.

On Saturday evening, all eyes will be on the Mayo SFC final as reigning champions Ballintubber and Ballaghaderreen go head-to-head for the Moclair Cup.

In hurling, it's a clash of the previous two champions in the Rebel County as divisional side Imokilly and city outfit Glen Rovers face off in the Cork SHC final.

Imokilly are gunning for a three-in-a-row while Patrick Horgan & Co were champions in 2015 and '16.

Their opponents will be St Brigids who have never won the SHC 'A' title before.

They shared the last ten Carlow SHC titles between them, Mount Leinster Rangers and St Mullins collide once more, while Borris-Kilcotton take on Rathdowney-Errill in the Laois SHC final for the first time since their replay in 2016.

There's a nostalgic feel to the Offaly SHC final as close neighbours Birr meet St Rynaghs for the right to be crowned Sean Robbins Cup champions.

SHC silverware is due to be handed out in Meath, Westmeath and Leitrim (SAT) also.

James Stephens await the winners of Ballyhale Shamrocks and O'Loughlin Gaels in the Kilkenny SHC final.

Finally, the Tipperary SHC reaches the last four stage with Nenagh Eire Og, Kiladangan, Borris-Ileigh and Kilruane MacDonaghs set to fight it out for a final berth.

Here's the full list of games to keep an eye out for this weekend: