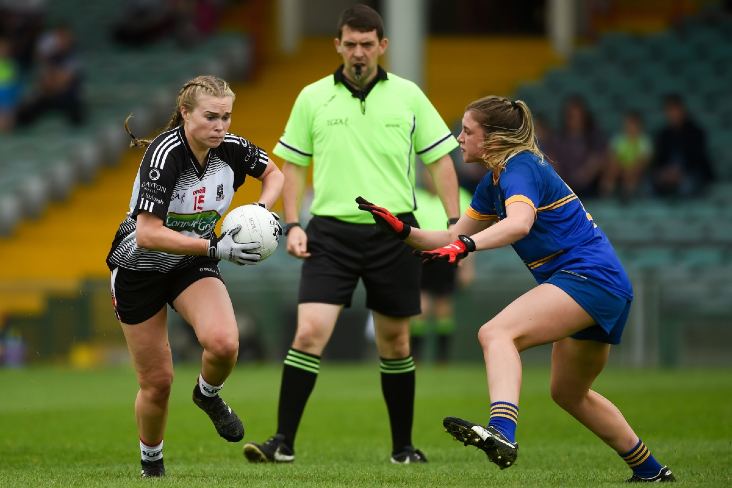 Denise McGrath of Sligo in action against Wicklow's Niamh McGettigan, under the watchful eye of referee Eamonn Moran during the 2018 TG4 All-Ireland Ladies Football Intermediate Championship quarter-final at the Gaelic Grounds in Limerick. Photo: Diarmuid Greene/Sportsfile

To describe the last 12 months of Denise McGrath’s life as a whirlwind would be an underestimation of epic proportions.

This time last year, she finished a Public Health and Health Promotion degree at IT Sligo.

A week later, she enrolled in Templemore Garda College and 32 weeks later, she passed out with her 200 class-mates. A week after that, her new station in Navan had to introduce its Covid-19 plan.

It was no shock that something had to give in all of that upheaval, and the Ballymote native stepped back from Sligo county duty for the season.

Still, McGrath managed to lead her adopted club St Nathy’s to the All-Ireland Intermediate Club semi-final, where they were beaten by just a single point against Belfast outfit Naomh Pól.

Now, with a chance to draw breath, McGrath remains reluctant to sit still.

“I only passed out on a Friday at the end of February and work started the following Monday in our stations. I was in Navan for about a week and the virus outbreak meant the roster was changed,” said 23-year-old McGrath.

“I do 12-hour shifts for four days, with four days off after that. It’s two early days starting at 7am and we finish up with two night shifts.

“Every day you are on something different – you could be detailed to car duty, on the beat or in the office. I was doing checkpoints a few times and people have been very obliging with everything that’s going on and have stuck to the guidelines.

“You do come across some funny things, and then you come across some weird incidents, but every day is different. With every call you never know what’s coming around the corner. It’s a very exciting job.

“To be honest I thought that I’d find it hard. I wouldn’t be used to working shift work before this. When I joined the guards I thought I’d struggle with my playing time, but it’s actually grand. I’ve even been able to keep everything up so far.”

McGrath’s inter-county career started at the age of 15 back in 2012 and, other than last year’s sabbatical, she has been a constant presence under the management of Pat Costello and Paddy Henry.

Back in the fold again this year with Michael Bohan in charge, McGrath says she has never loved the game more and her success with the club in 2019 has a lot to do with that.

“Last year with St Nathy’s was something else. That is a year we’ll never forget. When we started out the season we all laughed when anyone mentioned the goal of getting to a Connacht final. But then when we won in Sligo and got to the provincial final and won it, everyone suddenly realised we were well able to keep going further.

“We had a great win over in London, but then losing by a point to St Paul’s up in Belfast in the last game, it was awful disappointing. We were in pure shock after it because we had been playing so well.

“But it’s an absolutely unreal club. Our senior team, the relationship everyone has is special.

“I was 16 or 17 when I joined Nathy’s after my home club in Ballymote finished up. It’s always strange coming in playing with people you don’t know but they welcomed me straight away. There were a lot of the girls that I did know from the county team, which made it easier. When I look at it now it is like I was always there.”

One of those county colleagues is Etna Flanagan, who was captain of the Yeats county back in McGrath’s debut season. In January 2015, Flanagan’s family was rocked by the death of their son, Ríoghnán, who had been waiting for a heart transplant at the time. St Nathy’s carry an organ donor awareness message on their jerseys since then.

And each year on the June Bank Holiday weekend, the club visit Killeshandra in Co Cavan – home of Ríoghnán father, Conor – to compete in the 5km Run for Ríoghnán.

That trip is not possible this year but, instead, the St Nathy’s players will run 9km each in Ríoghnán’s memory – he would be nine next week – with all funds raised going towards Crumlin Children’s Hospital.

“Everyone in the club looks forward to the June bank holiday. Everyone comes together, it’s nearly a given that we go and do the Run for Ríoghnán and then we relax together for the evening, have a few chats.

“It’s annoying this year that we cannot do that. But we couldn’t let the weekend go without doing something. Obviously we are all going to come together and do the virtual run. We always do this event as a club, so to do 9km in our own time, and do it around our own house is a great way to mark the day that’s in it.

“This has been going on so long now, we couldn’t let it go without marking the occasion. We’ll all come together again and mark it, albeit in a bit of a different manner.” 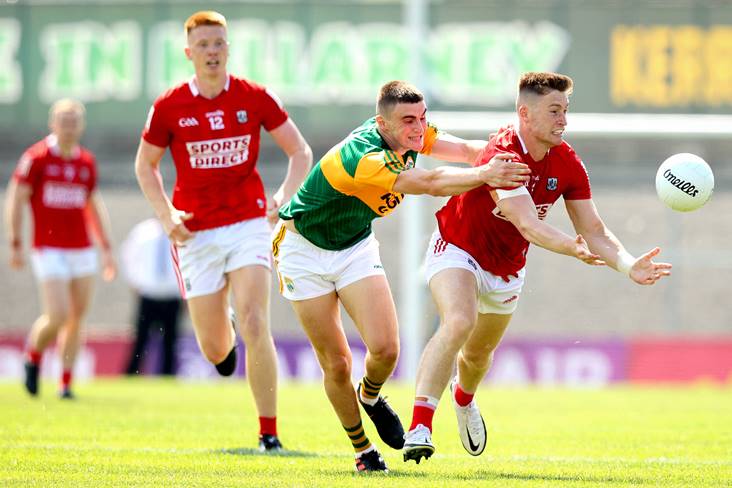 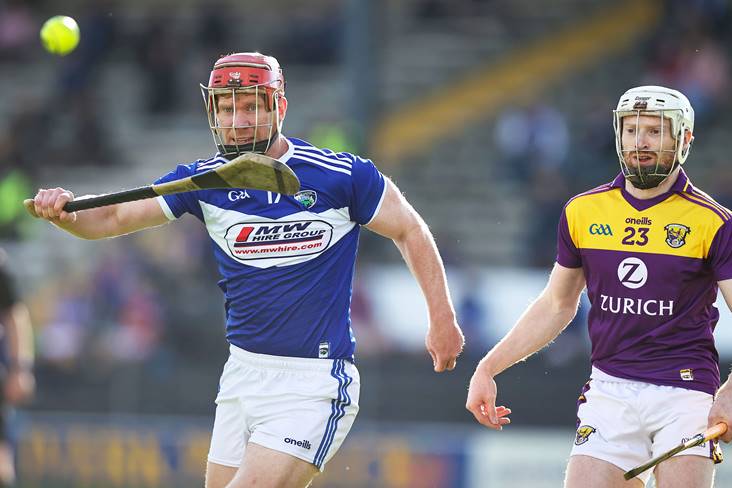