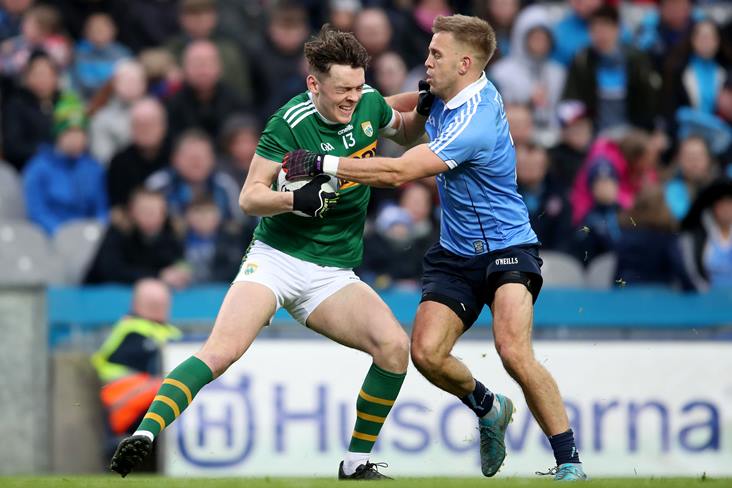 Kerry's David Clifford looks to get past Dublin's Jonny Cooper

Jonny Cooper has hit out at Dublin’s critics whom claim that the players lack personality and have considerable financial backing to thank for their success.

The plaudits for Jim Gavin’s team have poured in since last Saturday’s historic five-in-a-row triumph, but Cooper still feels there are still critics out there which overlook the skill sets of the group.

“Maybe some people mix and blur the lines that with this process we’ve no personality and we are robots,” Cooper told the Irish Daily Star.

“And the creativity and the imagination part that comes into trying to pick a lock that you don’t have a key for and you manage to find a way, some way, somehow.

“Jim (Gavin) would always be a big advocate of expressing yourself for who you are, your values, your behaviours and skill sets, everything that you have and push all that into the mix.”

Kildare SFC: 14-man Moorefield battle back from seven points down to beat Johnstown'