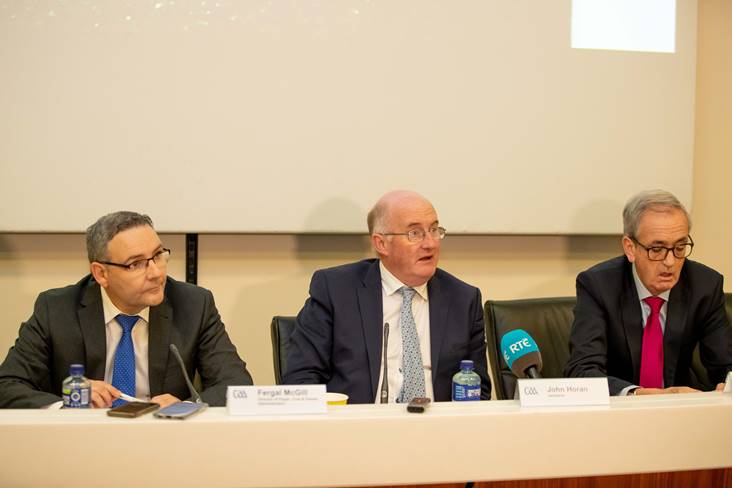 The GAA has published the report of the Fixtures Calendar Review Taskforce with a series of 32 recommendations for the Association which would impact across all levels of club and inter-county competition.

At the heart of the recommendations is the objective of striking a better balance and degree of certainty to the playing of club fixtures alongside the inter-county fixture programme.

To help achieve this, a key recommendation is the creation of a new Oversight Unit that would see four full-time Fixtures Analysts appointed (one in each province) who would assist Counties in planning Club Fixture programmes.

This new Oversight Unit would have responsibility for helping to ensure clubs had more access to their county players, that all available dates to play club games with county players are utilised and would have the power to impose sanctions on Counties for breaches of rule.

It would also be responsible for ensuring counties submit club fixture plans by the end of December and for ensuring inter-county teams respect the closed season and the various other restrictions on inter-county activity outlined in the GAA rulebook. Under these proposals inter-county training would not start back before December 1.

It is also recommended that 16 teams be the maximum number of teams allowed in senior and intermediate club championships.

In addition to this, the Taskforce has studied the possibility in the future of having multiple set windows put within the fixture calendar where club matches could potentially be interspersed between inter-county matches.

In relation to the All-Ireland senior football championship, there are two possible formats presented, which each have two options in terms of their schedule in the calendar and how they could facilitate club games.

Format 1 – Four provincial football championship competitions each consisting of eight teams, split into two groups of four, and seeded based on Allianz League positions and playing in a round robin format. Final league positions would determine the movement of counties into the required four eights.

Format 2 - Repositioning of the Allianz Football League to the Summer months as a basis for the Championship and playing Provincial Competitions in the February/March period.  The League would then determine the pathway for counties to qualify for All-Ireland SFC quarter-finals.

The report also looks at the implications of retaining the present Football Championship structures while simultaneously taking action to improve the overall balance between the time currently available for club and inter-county games.

All of these formats also cater for a Tier 2 Football Championship.

The report is in favour of the current All-Ireland Senior Hurling Championship format and recommends that the Hurling Development Committee examines the potential and impact of increasing the Munster and Leinster groups from five up to six teams.

The recommendations have the potential to triple the number of club-only fixture weekends in the April-October period compared to 2015 when the GAA embarked on its current programme of tightening the inter-county schedule.

In 2015 there were only five weekends in the period from April – October that were totally free of inter-county activity. That figure now stands at 12 in the majority of cases. These new recommendations are capable of increasing this figure to 15 club-only weekends for the majority of counties between April and October.

The report was launched by GAA President John Horan at Croke Park in the presence of the Taskforce and its chairman Eddie Sullivan.

The Taskforce met 12 times and was comprised of stakeholders from across the full spectrum of GAA fixtures and included representatives from second and third level bodies, county secretaries and the GPA. The CPA contributed prior to opting out on November 18.

More than 1,300 members and supporters took part in a detailed survey via an on-line questionnaire. More than 50 different written submissions were also received by the committee relating to the fixtures calendar.

Also among the list of recommendations are proposals in favour of:

• including the Galway senior hurling club champions in the Munster or Leinster club hurling championship;

Following the completion of the report, it will now go out to counties and clubs for debate.

The report will be presented to Central Council in January, after which it is intended for there to be a series of regional seminars around the country with clubs from every county invited to have a representative present to engage and provide feedback.

It is envisaged that a number of motions will be on the Clár of the 2020 Annual Congress at the end of February, with the remainder being tabled at a Special Congress which will be held later next year.

If adopted, the earliest the new recommendations would be in place for is the 2021 season.