The Twitter reaction to the 2019 PwC Football All-Star team 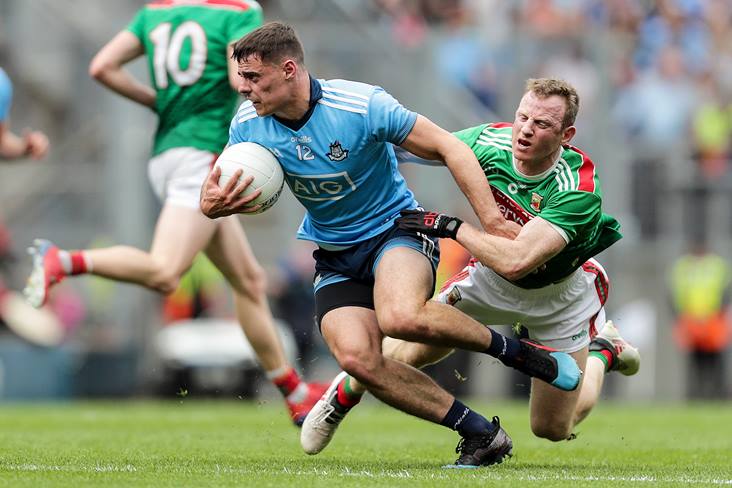 The inclusion of Dublin wing forward Brian Howard at centre back and the absence of Kerry's Stephen O'Brien were the main talking points of the 2019 PwC Football All-Star team selection.

Howard had an outstanding season for Jim Gavin's side, but accommodating him in a position he never played in was a strange call to say the least. Equally surprising was the non-inclusion of Stephen O'Brien - who had been a contender for Footballer of the Year going into the All-Ireland SFC final - on the XV.

Brian Howard is fully deserving on an all star. But at centre back ...... pick players in their best positions.if others lose out so be it !!!

Right, Howard shouldn’t be at 6 but he deserved to be in the best 15 of the year so you do what you gotta do .

I'll take Keogie at Centre Back Every day of the week before Howard....and Howard some days of the week at wing forward before Keogie. Selection panel need a long look at themselves. That's a horrendous call. Insulting to players who specialise in 1 specific position #AllStars

How many games did Brian Howard play in the Dublin half back line this year??? He is definitely a playmaker in the Brian Dooher/Paul Galvin mould but an all star centre back???

Brian Howard, the Dublin half forward wearing No. 12 in the video clip of him, named at center back, yes CENTRE BACK on the All Star team!!! What an absolute joke #allstars #jokeshop

Brian Howard? Centre back? When he played half forward for Dublin? Some insult to Colm Boyle!!

HOW HOW HOW can Stephen O'Brien not be awarded an All Star? He was excellent all year and a huge reason why Kerry got so far #PwCAllStars #GAA

Stephen O'Brien was robbed. Kerry's Player of the Year from January to August. Not giving him an All-Star because "he didn't have a great final" is ridiculous.

How has Stephen O’Brien not got an All Star? Was tipped for player of the year at one stage. Maybe they were never going to give Kerry two positions in the half forward line and O’Brien missed out

Stephen O’Brien far and away @Kerry_Official player of the year - sensational in league and championship and solid in drawn final and replay. Yet the @KenmareShamrock man is in Dublin tonight without an All-Star gong. Pure daft pic.twitter.com/PX4sG94R3l