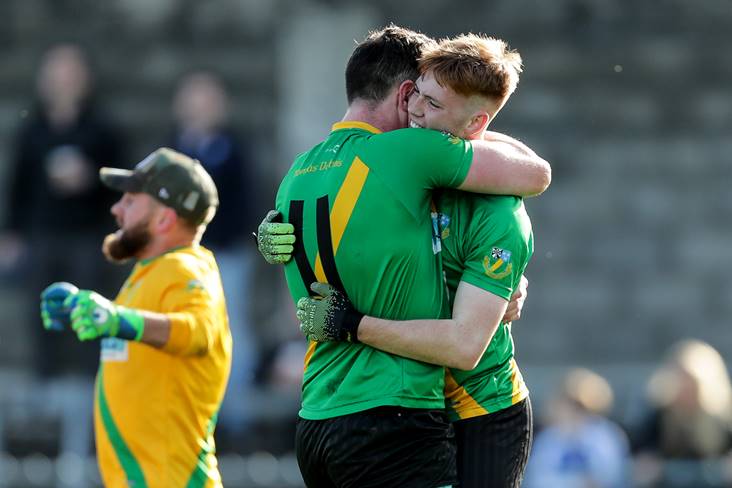 A busy weekend of quarter-final action culminated in Thomas Davis recording a surprise 3-12 to 1-17 victory over Castleknock yesterday. The Tallaght outfit opened the scoring through Eoin Kirby, but three points from Westmeath's Tommy McDaniel and further efforts from Ciaran Kilkenny and Shane Boland had the favourites in the driving seat after 20 minutes.

But Thomas Davis then scored two goals in the space of 30 seconds per Ryan Deegan and Ciaran Farrelly to regain the lead. Castleknock replied with a goal from McDaniel, but still trailed by 1-8 to 2-7 at the break.

Brendan Kirby's goal immediately after the restart tightened Davis' grip on proceedings, but Castleknock remained in touch with points from Gerard McDermottroe, Boland and Kilkenny.

However, two late points from former Clare player Shane McGrath got Davis over the line.