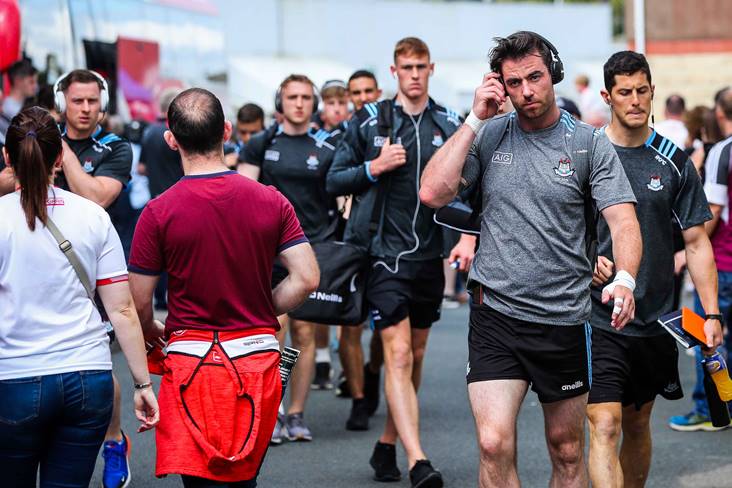 Michael Darragh MacAuley has appealed for information after his car was stolen while he was playing for Ballyboden St Enda's on Saturday night.

The seven-time Dublin All-Ireland winning midfielder took to Twitter this morning to seek the public's help with finding his black 182-registered Subaru Forrester which went missing from the Portabello area while he played for Ballyboden St Enda's in their Dublin SFC quarter-final extra-time victory over Na Fianna at Parnell Park.

Had my car stolen from Portobello on Saturday night while I was playing a match. Laptop etc. inside. If anyone sees a black 182D Subaru Forrester with Dublin Stickers about, let me know. Not ideal. pic.twitter.com/hyEZ6AU8C8

"It was unsustainable, out of control"

Use of dressing rooms "a fairly basic requirement", says McManus

Life in the AFL isn't "all rainbows and unicorns" - Tuohy