Burren and Kilcoo through to Down SFC decider 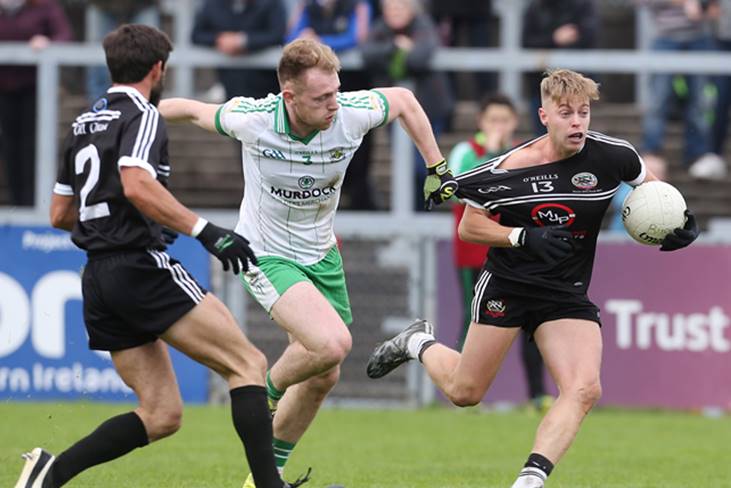 Burren and Kilcoo will square off in the Down senior football championship final after coming through their respective semi-finals yesterday.

Rian Treanor’s injury-time point secured Burren a 0-9 to 0-8 victory over Clonduff at Pairc Esler to move into the first county decider in three years.

In an airtight contest throughout, the winners led by the odd point in seven at the break and it went point for point throughout the second-half until the scores of Darren O’Hagan and Patrick O’Hagan ushered Clonduff in front come the 54th minute.

Captain Donal O’Hare levelled for Burren a minute later and substitute Treanor’s late score would be enough to see them through.

The earlier game in Newry saw holders Kilcoo earn a 0-8 to 1-3 win against Ballyholland to keep their three-in-a-row hopes alive.

Kilcoo led by 0-4 to 0-1 at the half and increased their lead to five early in the restart with Ryan Johnston and Conor Laverty to the fore for them.

Despite Ballyholland netting a goal in the closing quarter, the Magpies were able to hold out for a two-point win in the end and set up a repeat of the 2018 decider.