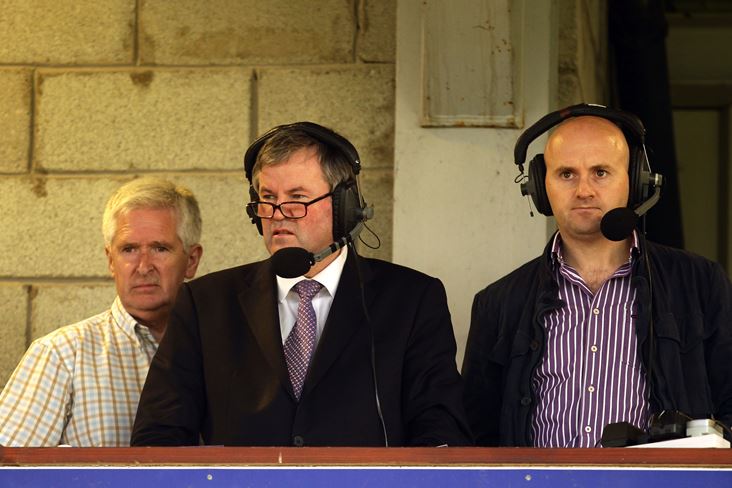 Many GAA followers have taken to Twitter to express their disappointment and disbelief at reports that Brian Carthy has been deemed surplus to requirements by RTÉ.

The Irish Independent reported last night that the popular Roscommon broadcaster is to the leave the state broadcaster after more than three decades in the role of Gaelic Games correspondent / commentator and that tomorrow's All-Ireland club SFC final between Corofin and Kilcoo will be his last commentary match for them.

If this is true it's an awful mistake. @briancarthyrte is a great sports journalist and a fantastic commentator. https://t.co/Q5ttXmGqxk #gaa

Shame that RTE have cancelled Brian Carthy's contract. V knowledgeable and exuded passion on all matters GAA. A gentleman too.

Can't make sense of this. @briancarthyrte doesn't look for controversy, but he is a true professional, hugely knowledgeable and gives a great picture of what's happening in his live radio commentary. A genuinely decent man as well. https://t.co/KMEy0T0S0q

This is disgraceful what https://t.co/P9I9AhDiEw. are reporting.
Brian Carthy a top broadcaster. pic.twitter.com/L0A0jhb69L

Shocking. Brian Carthy is a legend

I'm not believing that the timeless Brian Carthy is no longer employed by RTE.

Absolutely crazy decision Brian Carthy is the voice of Gaa in Ireland. https://t.co/yrH3WiIhWS

Absolutely shocking! Brian Carthy is the best gaa commentator on the radio by far! Shame on RTE , and we pay a fee to listen to the bullshit some of the others spread on the air waves.

WTAF??? No! That is just wrong! #BrianCarthy is one of the gentlemen of the game and a great Commentator. This makes no sense! https://t.co/CAsjRziiQr

This is really disappointing. Brian Carthy is an excellent commentator and journalist, still with plenty to offer. Who replaces him in the organization or is it more cost saving? https://t.co/mdIsHZPRXO

Saddened to hear that Sunday’s All Ireland club final with our neighbours @CorofinGAA could be local man, Brian Carty’s last with @RTEsport
https://t.co/Vxar7arPkQ @clubrossie @RoscommonGAA

Seriously, what next. Brian Carthy is one of the best commentators in the business, with an encylopidic memory. They are destroying the lifeblood of the game, when they strip away men like this.
To fuck with Rte and all their Pc bullshit

Disgrace, Brian Carthy is an excellent commentator. RTE going down the pan

Brian Carthy is one of the best Gaa comentaters we have ever had, this is a shame to let this happen.?

It's just not right what RTE are doing to Brian Carthy! A great GAA man and the voice of our games! Brian's programme "The Championship" on RTE Radio 1 on Friday nights is a must listen. #notright #savebrian

@RTEsport what is going on in your heads by not renewing Brian Carthy’s contract?

Sad to see this. Probably one of the most iconic voices on our radio waves over the past few decades and shocking that he never commentated an All-Ireland even since Michéal's retirement. A true professional and a gent. https://t.co/eo5NbKfOph