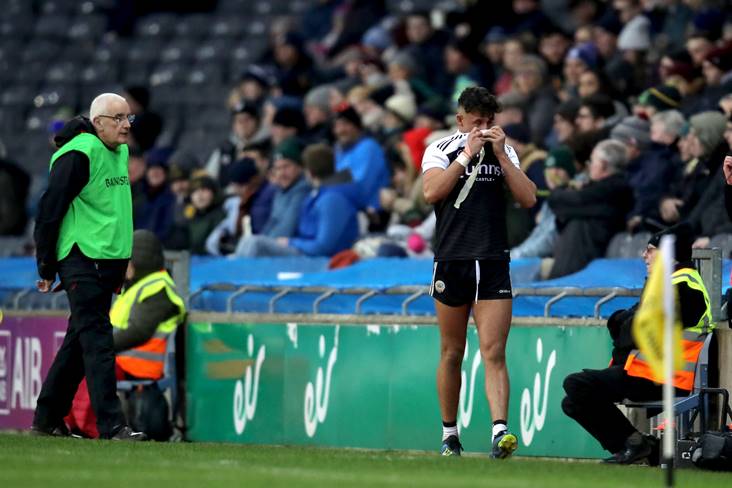 The underdogs from Down had Dylan Ward sent off on a second yellow card in the 34th minute, but in spite of this, they brought the tie to extra-time before eventually losing to Corofin by 0-7 to 1-12.

Playing with 14 men for most of the second half ultimately caught up with them.

"I think the sending-off was after four minutes of the second half, the second half went to 38 or 39 minutes so we had to play for 35 minutes a man down," the former Derry star lamented.

“We had to chase balls, everybody had to make an extra run to make up for that man. In saying that, the final whistle possibly came too soon for us because we had momentum at that stage.

“Maybe if we had another minute or two, because we seemed to have all the momentum. But we seemed to be caught a wee bit flat and a bit cold after full-time going to extra-time.

“But after they won the throw-in we had the first two attacks and kicked ball away and got turned over.

“They hit us for three points on the bounce and then it was always going to be very difficult when you only had 10-minute slots.”