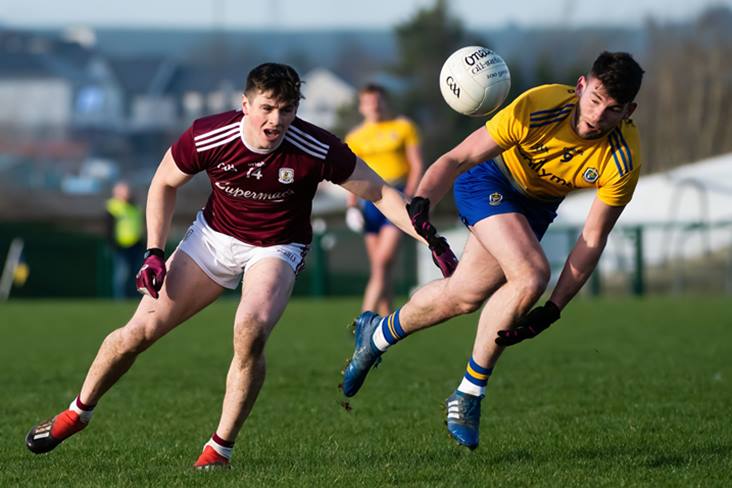 Padraic Joyce's reign as Galway football manager has got off to an ideal start after his side claimed some early-season silverware this afternoon.

Shane Walsh played a captain's part by scoring 1-8, including the only goal from a penalty two minutes after the restart, as the Tribesmen were crowned FBD Connacht League champions in front of an attendance of 3,217 at Hyde Park. The winners led by 0-7 to 0-5 at half-time, but finished with 14 players after Eamon Brannigan was red carded eight minutes from the end.

Roscommon were the better side for much of the first half and led by 0-5 to 0-2 after 30 minutes thanks to points from Enda Smith, Andrew Glennon, Ciaran Lennon, Richard Hughes and Donie Smith, who was a late replacement for the injured Conor Cox. But the visitors, who were without their Corofin contingent, finished the half strongly, with two points from Robert Finnerty and three Walsh frees sending them into the break with a two-point buffer.

Galway tightened their grip on proceedings when Walsh was fouled by David Murray just after the resumption and converted the penalty himself. The recently-appointed captain tagged on another free before Ciaran Lennon ended a 20-minute scoring drought for the hosts with two quick-fire points.

With Cillian McDaid sin-binned, Cathal Cregg and Lennon added two more points to leave a goal in it, 0-9 to 1-9, with 17 minutes remaining. But Galway full back Sean Mulkerrin broke their momentum with a point before late efforts from Walsh and Paul Conroy put the result beyond doubt.