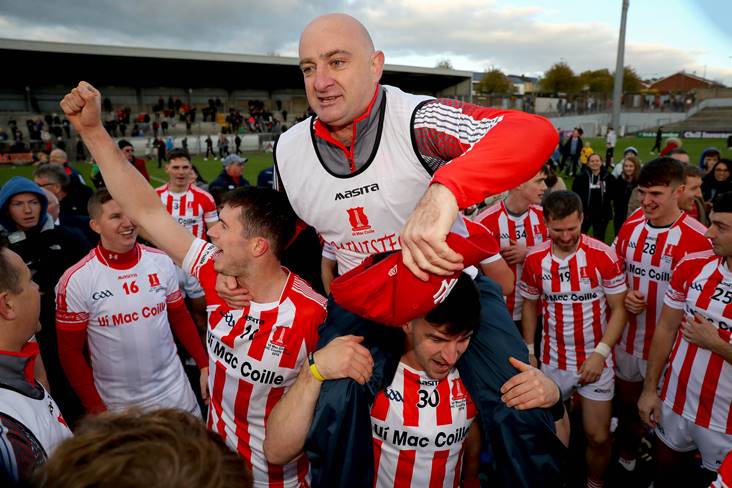 Under Condon, the east Cork divisional outfit became the first team since St Finbarr's in 1982 to complete a three-in-a-row of Sean Og Murphy Cups last month, but he has since taken up a selector's role with Pat Ryan's Cork U20s and has been replaced in the Imokilly hotseat by Ciaran Cronin.

The Lisgoold clubman served as a selector under Condon who is expected to remain on the backroom team.