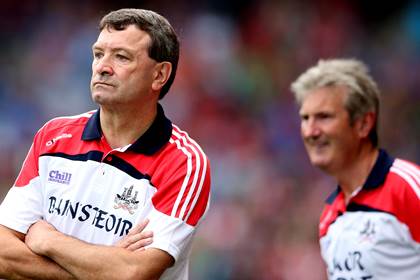 Jimmy Barry-Murphy could be set for a second stint as Cork minor hurling manager.

Speculation is mounting that the legendary St Finbarr's clubman will be appointed to the role for 2020, 25 years after he led a Cork side that included future senior stars Donal Og Cusack, Sean Og O hAilpin, Timmy McCarthy and Joe Deane to an All-Ireland final victory over Kilkenny. Jamie Wall, who managed Mary Immaculate College Limerick to Fitzgibbon Cup glory a couple of years ago, has also been linked with the position.

Kieran Kingston remains favourite to take charge of the Cork senior hurlers for a second time, while Ger Cunningham and Pat Ryan are believed to be in the running to replace Denis Ring as U20 manager.