Lane to take charge of replay 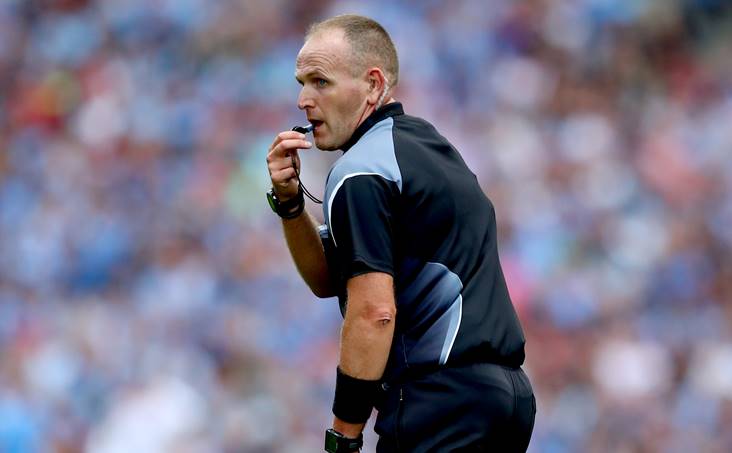 As expected, Conor Lane has been appointed referee for the All-Ireland SFC final replay on Saturday week, September 14.

It will be the Cork match official's third final to handle, having taken charge of Dublin v Mayo in 2016 and Dublin v Tyrone last year. The Banteer/Lyre clubman was standby referee yesterday to David Gough, who wasn't considered for the replay due to the GAA's policy of not appointing the same referee for All-Ireland final replays.

Laois man Maurice Deegan will be the standby referee, with David Coldrick (Meath) the other linesman, and Niall Cullen (Fermanagh) the sideline official.