'Bridge still the team to beat in Clare SHC 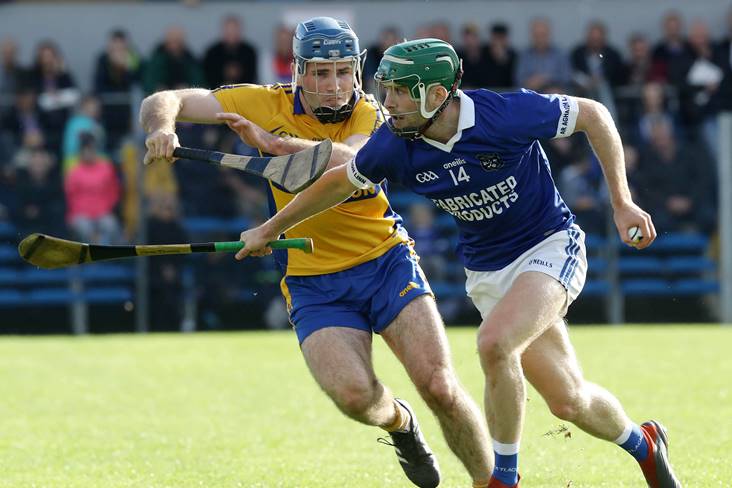 Sixmilebridge remain on course for a three-in-a-row of Clare SHC titles after beating last year's intermediate champions Scariff to qualify for the quarter-finals as Group 2 winners.

Goals from Jason Loughnane and Seadna Morey before half-time laid the foundations for a 2-16 to 1-17 victory for the 'Bridge, who were already assured of a place in the knockout stages. Despite losing to Clarecastle by 2-22 to 2-21, Wolfe Tones also qualified from Group 2 thanks to their better scoring difference over Scariff and Clarecastle.

Cratloe and Ballyea are guaranteed the top two places in Group 3 with a round still to play. 2014 champions Cratloe confirmed their qualification with a 1-14 to 1-10 victory over Broadford in Shannon.

Éire Óg and Newmarket-on-Fergus are through from Group 4 following their victories over Feakle and Clooney Quin respectively. With Inagh-Kilnamona having emerged from the five-team Group 1, just one of the eight quarter-final slots remains to be filled with the winner of the Kilmaley v Clonlara clash in two weeks' time set to take it.