An All Star, a tour and then a wedding 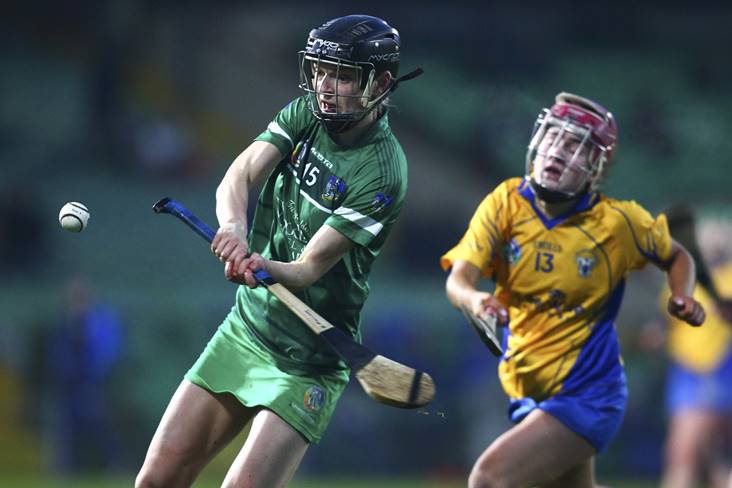 We recall the magical goal but Niamh Mulcahy can only think of the ones that got away.

Fifteen seasons in the green and white, the majority of them the standout operator, she considered the Liberty Insurance All-Ireland Senior Camogie Championship Quarter-Final a gilt-edged opportunity for Limerick.

Tipperary ground out the win but the regrets are multiple, and written all over Mulcahy’s face.

Overall, she will look back on 2019 with great fondness. There is the Liberty Insurance Camogie All-Star, her first after a lifetime of breaking scoring records, and this week’s tour of New York.

And of course, her wedding next month to Gary Brennan of Clare fame, a union of legend and legend.

Bring her back to Semple Stadium at the beginning of August though and it’s pure disappointment.

That goal though. From a stunning strike after picking up the sliotar 55 metres out and as befitting of the grandniece of the man credited with inventing the solo run, Mick Mackey, slaloming through the Tipp defence.

She only saw a clip of it after, once, and while begrudgingly acknowledging it as a good goal, it is of no comfort to her.

“The only memories that stick out from that for me are the missed penalty and missed frees,” says Mulcahy.

“I didn’t realise… scoring the goal, I’d missed the penalty at that stage and the only thing I felt was relief because I’d had a few half-chances like that earlier in the season and missed them.

“So I felt relieved to have redeemed myself and get us back in the game.

“We feel we didn’t do ourselves justice, that we could have played better but we met a good Tipp team and we saw how competitive they were for long periods against Kilkenny.

She continues: “When the season finishes and there’s awards given out at the end of it, it’s nice to be in the reckoning.

“We’d a big year in that we got out of the group. We would have liked to have gone further but it just wasn’t to be. We didn’t perform as well as we could have against Tipp.

“I was delighted to get it and I think it’s probably a credit to the work that went into Limerick Camogie this year. Our manager, Declan Nash put in a brilliant management team, we’d a great panel of players.

“It’s an individual award but it’s really a reward for how well the team did collectively and it was probably disappointing that we didn’t have a few more girls up for nomination.

“When you play a team sport, individual awards are not something that cross your mind. And especially when you play on a team that’s striving to make a big breakthrough and with aspirations of winning Senior All-Ireland titles.

“Getting the All-Star has probably made other people a lot more happy than it has made me. My parents are delighted, club managers and trainers over the years, coaches and managers with Limerick over the years from underage through to Senior."

She is relishing the trip to New York though.

“Great credit has to go to Liberty Insurance and the Camogie Association. I was fortunate enough to get to go to Madrid two years ago when there were a lot of double All-Stars with Cork and Kilkenny.

“It’s probably a bit nicer this year, having an award, you don’t feel as much as a fraud going! It’s brilliant and Gaelic Park is synonymous with GAA outside of Ireland. Not too many inter-county players get the opportunity to play there so I’m really looking forward to it.

“I’ve relations in New York that are involved and they’re looking forward to the game as well. Great credit to everyone for putting such a fantastic tour together.”

Time commitments, strength and conditioning and tactical advancement the big changes in her time, while there is more depth in terms of numbers at Senior level, the top three from when she started still remain, with Wexford having regressed.

“It’s up to us to try and match them. They have set standards that the rest of the counties are trying to hit. When we went up Senior in 2005, I think there were six Senior teams. Now there are 11, so while you have the three top counties, with the rest, anyone can beat anyone on a given day. But you’re still waiting for someone new to make the breakthrough.”

Funnily enough, another member of the party, Kilkenny’s Edwina Keane got married last weekend. Mulcahy says all the preparations are in place now for her nuptials.

“Once Gary is there to meet me at the altar, it’s all done now,” she says with a smile.

Not a bad year at all.