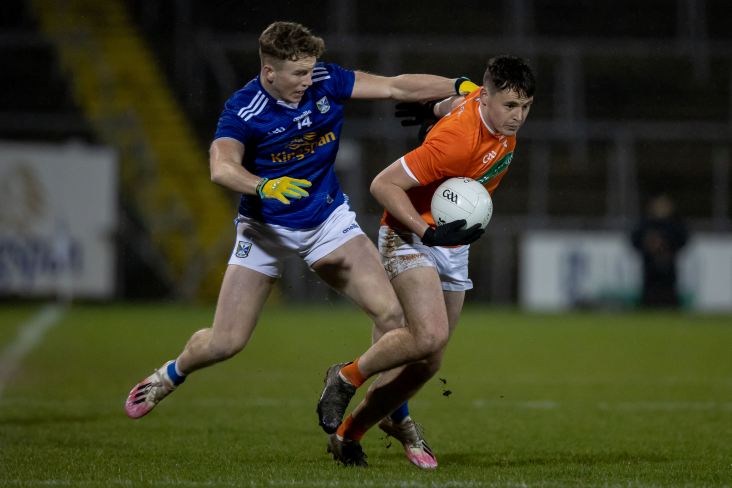 The Orchard men ran out 1-12 to 0-11 winners at Kingspan Breffni, where Rory Grugan (free) and McQuillian struck the decisive scores in injury-time for the visitors.

It was Cavan that led by 0-3 to 0-1 after the opening quarter thanks to the frees of Gearoid McKiernan and Patrick Lynch but Kieran McGeeney’s men took control of the half from there.

Ciaran Mackin, Jarlath Og Burns and Stephen Sheridan kicked the points to steer them in front by the 24th minute prior to Jemar Hall and Grugan (free) leaving it at 0-6 to 0-3 for the half.

Cavan introduced Killian Clarke to the fray for the start of the second-half and managed to take back the lead with the first four scores of the resumption.

Midfielder James Smith rifled over in the opening minute and ‘Man of the Match’ McKiernan added a brace from play either side of a Conor Madden point.

Hall and Burns moved Armagh back into the lead by the 38th minute however and, although they’d fall one behind again in the 69th minute (0-11 to 0-10), the Orchard County would still have time to land another 1-2 unanswered, including McQuillan’s clinching goal.

The action continues in the Dr McKenna Cup tonight (Friday) with Donegal hosting Down in Ballybofey (7.30pm) and Derry taking on Monaghan in Owenbeg (7.45pm).