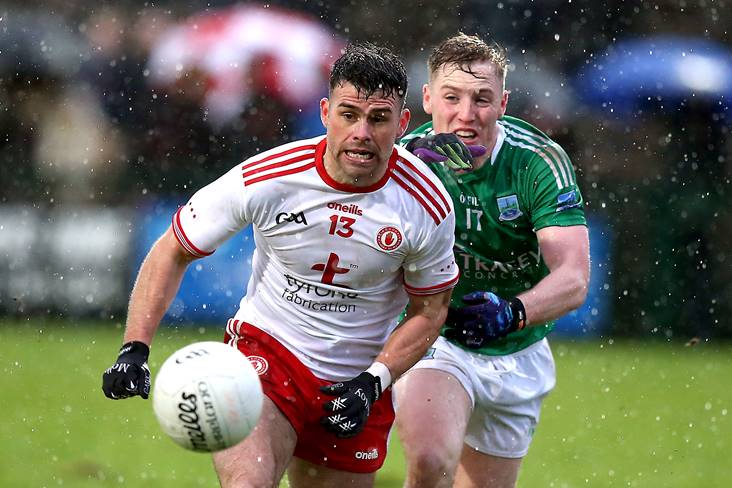 Tyrone's Darren McCurry is first to the ball during the 2018 Dr McKenna Cup clash against Fermanagh at Brewster Park, Enniskillen. ©INPHO/John McVitty.

The draw for the 2020 Dr McKenna Cup has been made tonight at Riddel Hall in Belfast.

Holders Tyrone are set to open against Armagh at the end of the month after being drawn into Group C, with Mickey Graham’s Cavan side also part of what looks the toughest section of the draw.

Ulster champions Donegal are with Monaghan and Derry in Group A while Antrim, Down and Fermanagh have been drawn into Group B, with only nine sides partaking in the competition as college teams are not included this year.

The first round of games are scheduled for Sunday, December 29th.

Group B: Antrim, Down, Fermanagh

🏆🏐The draw for the 2020 @BankofIrelandUK Dr McKenna Cup has just been made.

Who have your county drawn in the group stages? pic.twitter.com/dRHBYRThBz